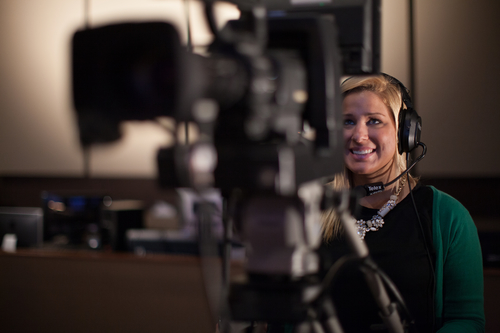 Do you remember Paul Harvey? He was on the radio back in the day, always sharing “the rest of the story.” Well, in Christianity, Ascension is the rest of the story. As much as my faith is based on incarnation, crucifixion, and resurrection, it is also about ascension. I declare this every time I say the Apostles’ Creed—Jesus “was crucified, died, and was buried; he descended to the dead. On the third day, he rose again; he ascended into heaven, is seated at the right hand of the Father. . . . ”

But, why? Why doesn’t Christianity stop with the resurrection?

There are probably a lot of reasons, but two feel especially important to me right now. First, our hope has always been based on God who existed beyond our own perceptible existence. Sometimes we call this heaven, sometimes God is “out there,” and sometimes God just is and we are less concerned about where is is.

In fact, there are special moments when it feels like our reality and God’s eternity connect somehow. These moments are often described as a thinning of the veil.

Sometimes we peek behind the veil and we understand that God is at work beyond the circumstances we can perceive. For example, we read about this in the story of the Old Testament prophet Zechariah. He was part of the first generation to move back to Israel after at least three-generations of Babylonian exile. Jerusalem was in ruins, but Zechariah learned—through a vision—that God was still at work (Zechariah 1:7-17). The circumstances suggested God was absent, but God came to Zechariah to make it clear he was still at work behind the scenes (or beyond the seen).

The Ascension reminds us that this behind-the-scenes/beyond-the-seen work continues to this day.

Jesus “ascended” because his earthly ministry was only part of the story. The rest of the story is that Jesus works from another realm.

That brings me to the second reason the ascension is a core part of my faith. Jesus is rejoined with God the Father, but the presence of God—the Holy Spirit—has been sent to us (Luke 24:46-49, Acts 1:5, John 16:1-15). Ascension was the end of Jesus Christ’s bodily presence on earth, but the Holy Spirit is the rest of the story.

Actually, the presence of the Holy Spirit empowers me, as a follower of Christ, to be the‑rest‑of‑the-rest-of-the-story. Just before the ascension, Jesus said, “you will receive power when the Holy Spirit has come upon you; and you will be my witnesses in Jerusalem, in all Judea and Samaria, and to the ends of the earth” (Acts 1:8). Later, Paul describes the church (the collection of witnesses) as Jesus Christ’s body and “the fullness of him who fills all in all” (Ephesians 1:23).

At the risk of over-simplification, Jesus is working from heaven and we—the body of Christ—are working here and now. Of course, our work is made possible by the Holy Spirit, the very presence of God, so it’s not quite right to say God is there and I am here. One of the mysteries of God is that God is everywhere at all times.

The ascension is part of this foundational mystery.

God is at work outside of me, and yet also through me. The work of Jesus did not stop when his bodily, earthly ministry stopped. By the Holy Spirit, God is at work in me, on me, and through me. If we stop at the resurrection, we miss out on this, the rest of the story.

What do you think? Is the ascension a foundational part of your faith? Have you had a moment when the veil thinned? Are you part of the rest-of-the-rest-of-the-story? Tell me about it in the comments, in an email, or on Facebook.