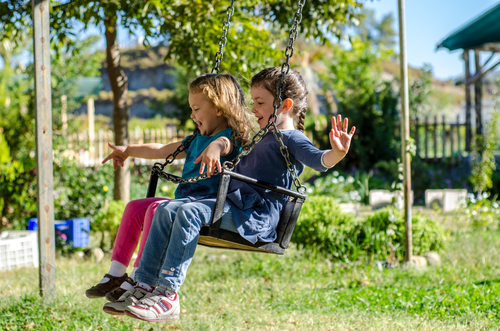 It Is Safe to Let Go

In the letter to the Romans, the Apostle Paul says, “I appeal to you therefore, brothers and sisters, by the mercies of God, to present your bodies as a living sacrifice, holy and acceptable to God, which is your spiritual worship.” (Romans 12:1)

No, Paul isn’t calling for human sacrifice. In Paul’s day, Jewish people did offer animal sacrifices at the Temple in Jerusalem. Paul wasn’t seeking to reform that system and replace it with human sacrifice. Instead, Paul encourages us to be completely devoted to God with our whole lives.

Paul says we should sacrifice what we want for ourselves and substitute God’s will for our own.

This might sound sort of awful. Almost as awful as human sacrifice. But not if we understand the core truth at the heart of Paul’s teaching and at the heart of all Christianity: God loves you.

Paul knows that sacrifice is never for God’s benefit, it is for our own benefit.

The animal sacrifice of ancient Judaism was never for God’s benefit. It was a way for people to mark their commitment to God; to dedicate themselves to being in relationship with God.

God says through the Prophets, like Hosea, “I desire steadfast love and not sacrifice, the knowledge of God rather than burnt offerings.” (Hosea 6:6)

Every wild animal of the forest is mine, the cattle on a thousand hills. I know all the birds of the air, and all that moves in the field is mine.
If I were hungry, I would not tell you, for the world and all that is in it is mine.
Do I eat the flesh of bulls or drink the blood of goats? [In other words, what do you think I, God, do with those sacrifices? I don’t eat them!] Offer to God a sacrifice of thanksgiving, and pay your vows to the Most High.
(Psalm 50:10-14)

Sacrifice is never about what God needs.

Animals were sacrificed as a way of offering their lives to God. It was a way of the person saying, “I offer my life to you. This animal represents that.”

Animal sacrifice was also a way to seal a covenant or mark an agreement, like you and I might sign a contract, maybe in the presence of a notary. After we sign, we know there is no turning back, we are both bound.

In ancient times the most common way of solemnizing an agreement (a covenant) was to slaughter an animal and share that animal as a meal. “Let’s go slaughter a donkey” was an idiom meaning, “Let’s make an agreement.” (Read more on this.) Some historians think this developed because the parties were saying, in effect, “if I break this agreement, may I be treated like this animal–may I be cut up and eaten.”

Paul says this is how we need to live—completely committed. We need to offer our life to God, our living selves to God. We should seek to live according to God’s will for us.

Sacrifice isn’t about living a grey, boring, empty life.  Jesus says in John 10, “I have come that you may have life and have it abundantly.”

If we think we are called to sacrifice for God’s benefit, we might be legitimately afraid. But when we understand that the sacrifice Paul talks about is for our own benefit, we can face it with joyful expectation instead of dread.

It can be hard to be vulnerable, even with God. It’s an act of trust, to be sure. Even when we know in our minds that God loves us, it can be hard to let go of our hearts.

Time and again God has shown me that God wants more for me than I want for myself.

God has repeatedly interjected color, joy-filled rainbows of color into my life when I have turned to him to discern his will for my life.

The promise is that he will do the same for you.

What do you think? Is the concept of sacrifice unpleasant? Have you found God’s will to be better than your own? Tell me about it in the comments, in an email, or on Facebook.