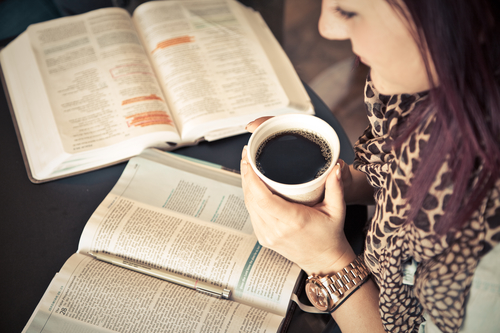 “A.D. You know … after death,” the white-haired man said in a thick British accent, a camera hanging around his neck.

“No,” I offered kindly, woefully inept at remaining silent. “A.D. is an abbreviation for anno domini, the year of our Lord. That’s the birth of Jesus.”

He wasn’t convinced. “No, I’m sure that A.D. means after death. We count time from the death of Jesus, not his birth. It’s about the resurrection, you know.”

“Well, if that were right that would mean the life of Jesus all happened B.C., before Christ, and that’s … um … awkward,” I reasoned. I knew I should stop, but once I entered the conversation, there was no graceful way out of it. He and I went back and forth a few more times, neither of us making any progress.

All of this happened as we were walking through the Christian catacombs in Rome. The priest who was leading our tour through the now empty underground tombs casually referenced A.D. The priest did a much better job of ignoring the man’s question about the measurement of time than I did (obviously).

After we resurfaced above ground, the man was so sure of himself he suggested I Google it. So I did. And I wouldn’t let him walk away until the results came up.

When even Google said he was wrong, he said, “Well, I grew up in the UK, see. I’m sure there we learned it as After Death. That’s how I was brought up.” When I remained silent. He smiled broadly, patted me on the back, and said, “so, in the end, we’re both right!”

I didn’t see how we were both right, but I did see—finally—a way out of the conversation and I took my exit.

Even though the “A” in “A.D.” never referred to after death, and even though we’ve shelved A.D. in favor C.E., I think there is a sense of before and after when we study the Bible.

Sometimes we act like the Old and New Testaments are “before” and “after” versions of the same story, but together they tell a story that is continuing to unfold in you and me.

My solution? Let the New Testament guide us through the Old Testament.

Bible 100: Using the New Testament to Learn the Old

Instead of using the genealogies or researching the source material Jesus used, I would point you to three passages that help tell the overall Old Testament story especially well:

These 100 verses (see what I did there? with the 100?) take us from the sons of Adam and Eve through King David—much of the Old Testament.

Don't forget to enter in your text.

The Old and New Testaments aren’t meant to be only a before and after. The Bible is about back then and right now and what is to come. We should be careful not to treat the Old Testament like an old cassette tape that has been replaced by something newer and better.

What about you? Did you know the meaning of A.D.? Do you tend to read the Bible as a before and after story? If so, how does that influence your view of the Old Testament? Tell me about it in the Comments, in an e-mail, or on Facebook.