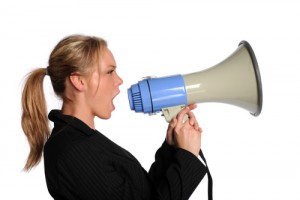 I think we all have a soundtrack, or maybe a movie reel, that plays in the background of our thoughts. Sometimes mine goes negative and gets loud.

I should be in control of my own soundtrack, but when a stranger went out of her way to call me a bad mom, I realized how easily my soundtrack could be manipulated.

This woman was literally a stranger. Neither my children nor I had ever seen her before. We stopped at a convenience store on our way home from soccer practice to get a quick (albeit unhealthy) snack. In the midst of a conversation between my two children and me, there was suddenly a fourth person. When she came up, we weren’t yelling. I wasn’t beating them. My children and I weren’t even having a disagreement. There were lots of other customers and no one else even seemed to notice us.

This woman walked over, looked me in the eye, and said, “that’s a really bad idea.” Since I was comfortable with my decision, I tried to ignore her.

Unfortunately, she wouldn’t be ignored. “You’re a bad mom,” she said.

She was incredibly earnest in her judgment and conviction. “I know you think I should mind my own business, but when children are involved, I have to speak out.”

I wish I could pull the surveillance footage from the store just to check my face at that moment.

I was torn. I wanted to shield my children from the crazy lady’s words, but I also wanted to disappear.

As I stood there, her words kept coming, “I don’t care if I hurt your feelings. Your children are more important than your feelings.” She walked away and my kids and I looked at each other. I raised my eyebrows and crossed my eyes in the universal symbol for, “I’ve been verbally attacked by a crazy person, but I’m okay.” We got our snack and went on our way.

I held myself together until we got home and then I went into my room and wept.

As the tears fell, I heard “you’re a bad mom” over and over again in my mind.

Logically, I knew there was no reason to believe the lies of this stranger. But still, I couldn’t dismiss her insult.

I let her words impact me more than the supportive comments from people who matter to me. My husband, my mom, and my in-laws are all generous with their compliments. We’ve stayed in touch with our adoption social worker and she never passes on the chance to praise my mothering. Around the same time this incident happened, I received a random email from someone at church giving me credit for the wonderful young man my son is becoming. 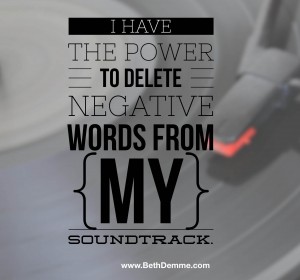 And yet, for a few days, none of that praise mattered compared to the words of a stranger.

For a few days, the lie of a stranger felt truer than the praise of family and friends.

I almost allowed her lie to take root. I almost erased some of what I knew about myself and re-wrote it with her words.

Something inside of me believed her when she said I was bad. Her words connected with some internal feeling that maybe I am bad, maybe I’m not lovable.

As I regained my equilibrium and put things back into perspective, I got angry. I looked at myself in the mirror and had one of those conversations. “Who does SHE think SHE is? How dare SHE talk to me in front of MY children! What right does SHE have to even have an opinion about me?” I did the head roll thing and wagged my finger.

It felt like I was talking to her, but when I looked in the mirror, I was the only person standing there.

The conversation wasn’t about her at all. In truth, I was thinking, “Who do YOU think YOU are? What makes you think she’s NOT right? Maybe you ARE a bad Mom!”

When I understood what I was really saying to myself, I also realized that I had the power to delete her words from my soundtrack.

I needed to go back to fundamentals. It sounds silly, but I looked at my reflection and really shook my finger at myself. “Don’t you believe those lies! You’re a great mom! Why are YOU letting HER words onto YOUR soundtrack?”

Three snaps in a Z formation!

Verbalizing the positive, the truth, helped me feel better. It silenced the internal echo of her words that made me doubt myself.

Hopefully you haven’t had an encounter like this, but how’s your soundtrack running today? What’s on your soundtrack that you need to delete? What conversation have you had with your reflection lately? Tell me about it in the comments, on Twitter, Facebook or in an e-mail.

Originally published at www.bethdemme.com under the title: Dealing With Your Negative Soundtrack