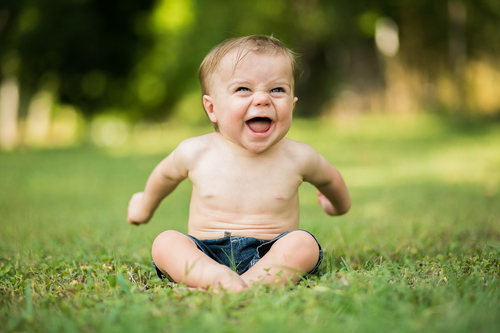 I recently had this conversation with a friend:

“I’m not on Twitter. I don’t even know what I would use it for,” my friend said.
“Oooooh!” I jumped in excitedly. “I use it, mainly, to make fun of Christians.”
“But, aren’t you a Christian?” she asked.
“Yes! And there is soooooooo much to work with!” I replied.

The truth is, I don’t use Twitter mainly to make fun of Christians, but I do get a chuckle out of accounts like @UnvirtuousAbbey, @PastorJerkface, @ChrchCurmudgeon, and @ChruchSecretary (misspellings theirs, not mine).

Here is one of my recent favorites:

I actually LOL’d over this one.

The next time someone tells me “the Bible is clear,” you can be sure this GIF will be running through my mind. Why? Because it’s funny and true!

Here’s another one. This one pokes fun at contemporary churches in a way I appreciate:

…and then Jesus said, pic.twitter.com/WsZkDabRIu

This tweet speaks to me because the truth is, I want all of these things in my worship experience. Five projectors, a state-of-the-art sound system, laser lights, smoke machines, and a Christian rock band all sound pretty good to me.

This tweet challenges me to think about priorities without making me feel defensive.

The fact that a joke can make me rethink priorities demonstrates how powerful humor can be.

Unfortunately, we Christians sometimes take ourselves too seriously. I think we confuse reverence for God with humorlessness here on earth.

I realize there are people outside the church who judge God based on what they see from Christians. I say, let’s show them some humor! Let’s invite them to laugh with us.

I’m not advocating for faux humor, where humor is a thinly veiled insult or otherwise intended to harm. I’m talking about knowing ourselves well enough to know (and admit) we aren’t perfect. Let’s laugh a little about our imperfection. There’s plenty of that to go around!

What do you think? Do you think humor is useful or hurtful? Do you make fun of other Christians? Are you good at poking fun at yourself? Tell me about it in the Comments, in an e-mail, or on Facebook.