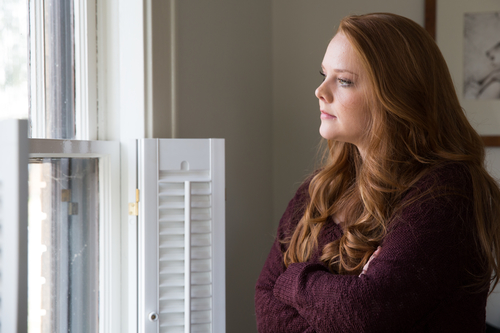 The Reason You Don’t Feel Forgiven

Every Sunday in church we join together and pray “The Lord’s Prayer.” To someone who is skeptical about church, this might seem a little cultish. I get it. Anytime a group of people says something in unison it’s tempting to assume they don’t mean it. And maybe some people don’t. But I have to say that this prayer still means a lot to me, even though I have prayed it hundreds and hundreds of times.

One of the things that might seem especially strange to the skeptic is the part of the prayer when we say, “forgive us our trespasses as we forgive those who trespass against us.” It can sound like we’re asking God for a quid pro quo, tit for tat, kind of forgiveness. It might seem like we’re asking God to count how many times we have forgiven so that precise amount of forgiveness can be applied to us.

That isn’t what’s happening; this isn’t a math equation.

This line of the prayer reflects the reality when we withhold forgiveness, we don’t feel forgiven.

In forgiving us, God puts relationship above justice. That’s hard for us because we live in a retributive justice system based on punishment and repayment. God says repayment isn’t possible—everything we have is from God already. Imagine if you loaned your neighbor $20 and a week later she said, “Can I borrow $20? I need it to pay you back for last week.” If you have a great sense of humor and an especially generous spirit, you might give her the second $20, but you probably won’t feel like you have been repaid, right? So, if we did owe God a debt (a theological concept with which I struggle), we would never be able to repay it.

When it comes to forgiveness, I think we want it to be a debtor system.

We want to set up a system with God that will allow us to “get off the hook” on our own terms. The problem is, we can’t get ourselves off the hook unless we decide who, how, and when we are “on the hook.” Do you see? We trap ourselves.

Instead of that trap, Jesus gives us the Parable of the Unforgiving Servant. Jesus tells the story of a slave who owed more to one person than he could ever repay. When the debt came due, the slave asked for more time. The lender didn’t just give him more time, he completely forgave the debt. The slave, relieved, left the building and happened to bump into someone who owed him a very, very small sum. He grabbed the fellow by the neck and told him he needed to pay up, or else!

The slave was unchanged by the fact that he had been forgiven. He didn’t pass the forgiveness forward.

It’s tempting to scoff at the slave, right? I can say he acted badly. I can argue that having been forgiven for so much, he should have forgiven that little debt without hesitating. But then I look at my own actions and I understand the slave a little better.

I know I have been forgiven for plenty. Actually, it’s more like plenty2.

There have been so many times I could have, and should have, been kinder, gentler, more loving, and more generous. And yet, I know God doesn’t hold that against me. I accept God’s forgiveness. I don’t shy away from praying to God or reading the Bible. I endeavor to make my life about being in relationship with God.

That’s all well and good until someone cuts me off in traffic, right? Or bumps my car in a parking lot? Or steals my credit card number?

God’s generous grace is so overwhelming that it will bring me to tears sometimes. But how do I react when I’m insulted? Ignored? Mistreated? I don’t know about you, but I tend to hold on to those things.

The reality is, as long as we hold a grudge, it’s going to feel like God is holding a grudge against us. (God isn’t holding a grudge, but it will feel that way to us.) When we refuse to offer forgiveness, we sentence ourselves to a time of torment—just consider how it feels every time that incident (you know the one I mean) pops into your mind. I bet the word “torment” just about describes those feelings that get churned up deep inside.

Instead of tormenting ourselves, we can live in the freedom of God’s grace and forgiveness.

The Lord’s Prayer isn’t about a tit for tat kind of forgiveness. It isn’t about talking God out of the debt we owe or asking God to run the numbers through an equation.

It’s really about accessing the truth of forgiveness by acknowledging our need to forgive others.

Forgive us our trespasses, Lord. And we will forgive those who trespass against us. Amen.

What do you think? Is forgiveness easy for you? Do you find the Lord’s Prayer meaningful? Cultish? If so, tell me about it in the comments, in an email, or on Facebook.