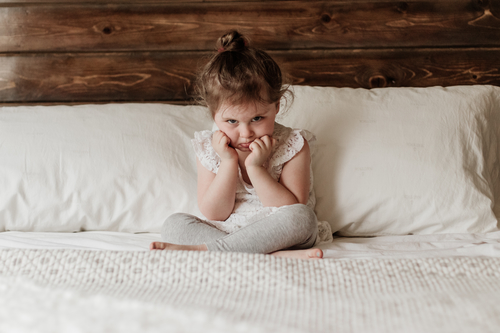 Let’s talk about Jonah, one of the Old Testament books of prophecy. Although the book of Jonah is found in the “minor prophecy” section, I would argue its four chapters have an outsized presence in our collective consciousness.

There are tons of children’s books about Jonah, most featuring friendly-looking whales on the cover. Jonah is present in statue form and stained glass in many places around the world. In Judaism, the four chapters of Jonah are read every Yom Kippur. And while I don’t have statistics, my experience tells me that most Christian Sunday School programs teach the story of Jonah before Kindergarten.

Jonah is the story of a prophet who is called by God to deliver a message of destruction to his enemies. While that might sound like an easy job, Jonah knows better. Jonah knows God will choose mercy if those enemies repent. The last thing Jonah wants is for his enemies to receive God’s mercy, so he runs the other way.

I just finished teaching two lessons on Jonah (you can watch them here for free). This time through, I was really struck by Jonah’s insistence that God do things Jonah’s way.

As Jonah feared, God chose to show mercy to the people of Nineveh when they repented. Jonah’s response? He pitched a fit! He told God he’d rather die than see his enemies receive mercy. (Jonah 4). And then, as if expecting his fit of anger to change God’s mind, Jonah perched himself on a hill outside of Nineveh. It seems he expected destruction and he wanted a front-row seat. Jonah built himself a little structure and “he sat under it in the shade, waiting to see what would become of the city” (Jonah 4:5).

Unsurprisingly, Jonah’s temper-tantrum didn’t change God’s mind about the fate of the people living in Nineveh.

The book of Jonah ends with God asking this question: “Should I not be concerned about Nineveh, that great city, in which there are more than a hundred twenty thousand persons?” (Jonah 4:11).

Based on everything we’ve read in the preceding chapters, we can guess at Jonah’s answer. Jonah would have said, “NO! You should not be concerned about the people of Nineveh! They’ve historically treated the people of Israel very badly. You should turn against them and show them no mercy.”

But that isn’t the way of God.

The truth is, I can relate to Jonah. I am perplexed at the breadth and depth of God’s mercy.

Like Jonah, I might want to justify my feelings by pointing to how destructive my opponents are in terms of ideology and rhetoric. I might want to focus on the harm their policies inflict on real people who are also God’s beloved creation. As I accuse them of dehumanization, I become guilty of the same sin.

Unsurprisingly, my temper tantrums do nothing to change God’s mind.

Jonah wanted God to see the world Jonah’s way. Jonah wanted to God to count the Ninevites as enemies.

Jonah’s insistence made him miss out on what God wanted.

Jonah was so insistent that God do things his way, he missed out on seeing the kingdom of God grow before his very eyes. He missed out on the glory of God’s mercy.

Jonah missed out. That’s a mistake I don’t want to repeat.

What about you? Do you see a difference between your way and God’s way? Do you find yourself wishing, at times, that God would do things your way? Tell me about it on Facebook, Twitter, or in an e-mail.