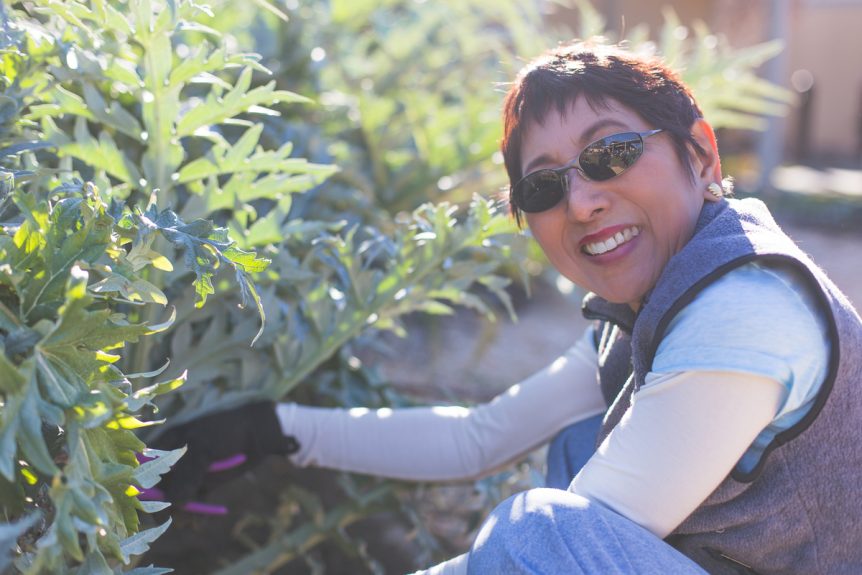 When you hear the phrase “the kingdom of God,” what do you picture? Do you picture a throne room with a powerful ruler? Do you hear a loud booming voice?

What if it is much more … unassuming? What if the kingdom/reign of God is simultaneously so big as to be beyond description, and yet somehow also present in something as small as everyday acts of kindness?

Jesus says the kingdom of God is like a mustard seed:

“With what can we compare the kingdom of God, or what parable will we use for it? It is like a mustard seed, which, when sown upon the ground, is the smallest of all the seeds on earth; yet when it is sown it grows up and becomes the greatest of all shrubs, and puts forth large branches, so that the birds of the air can make nests in its shade.” (Mark 4:30-32)

I’m no horticulturist, or even a hobbyist gardener, but shrubs aren’t usually all that great. In fact, according to the Urban Dictionary, today the word “shrub” is used as a synonym for “not smart.”

In general, a shrub is less than.

Imagine Muhammad Ali, the boxer who famously said things like “It’s hard to be humble when you’re as great as I am” and “I am the greatest, I said that even before I knew I was” and “I’m not the greatest, I’m the double greatest.” Imagine him saying, “I’m the greatest! I’m a shrub!”

This parable is often read along with the Old Testament story about Samuel anointing David as king-in-waiting. David is the shrub, the runt, of his family. David’s older brothers better fit the mold of what a king should look like—tall, strong, and handsome. God tells Samuel not to be misled by appearance or stature “for the Lord does not see as mortals see; they look on outward appearance, but the Lord looks on the heart” (1 Samuel 16:7).

What looks like a shrub, can actually be something mighty.

In other words, when we see the kingdom of God breaking in on earth, in our place and in our time, it might seem sort of shrubby to us. Perhaps we offer a small act of kindness and think “meh, that was nothing.” Maybe in the face of society’s big problems, we decide to focus on just one small area of influence, knowing that its impact will be tiny … like a mustard seed. Maybe we can only make life a little better for one other person today and that seems too small in the face of all the tragedy and hardship in the world.

It can be discouraging to realize the mustard-seed sized impact we each make is barely a ripple in the world.

We tend to favor big gestures and celebrate huge accomplishments. I live in a university-town that also happens to be our state capital. In that part of town where university and capital merge, nearly every building is named after someone who gave a lot of money or did something remarkable. These people are pillars of our community.

What if instead of striving to be a pillar, a strong tree like a Redwood or Live Oak, we each aspired to be a shrub? What if we decided that today we would live like people who are loved?

A shrub might not seem mighty or powerful, but when God uses it, it is the greatest of all.

What small act of faith or kindness will you try today? Tell me about it in the comments, in an e-mail, or on Facebook.