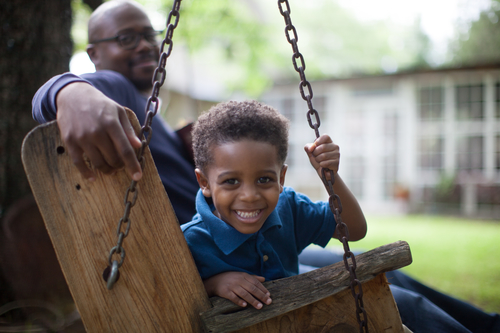 There Is A Big God And It’s Not Me

I want a GIANT poster that says, “There is a Big God and it’s NOT me.”

This is the foundational truth at work in the Bible, from the very first sentence of the very first chapter. (Genesis 1:1) It’s the first of the Ten Commandments God speaks to the people of Moses. (Exodus 20:1-2)  Jesus himself says it’s the first and most important commandment. (Matthew 22:34-40)

It seems like once we accept that truth, our next question is, “How do we get to God?”

Sometimes we treat the Ten Commandments like a checklist, don’t we?

When we do that, I think we miss the point.

The Ten Commandments aren’t meant to be a list of pre-requisites we have to accomplish in order to be granted access to God. They are meant to be proof of a relationship that already exists. God doesn’t say, “live this way and then I will love you.” Quite the opposite! He says, “I love you. To live well, live this way.”

I think it’s significant that in Exodus 20 God speaks these ten principles directly to the people rather than going through Moses (later they are given to and thru Moses). There is no barrier between the people and God and these commandments aren’t meant to impose a barrier.

Despite this, it seems people have always wanted the law to be a way to earn access to God and approval from God. The Apostle Paul says this was true for him.

Paul was really good at following the commandments.

In his letter to the church at Philippi, Paul says, he was the best at following God’s commandments. And yet, his relationship with God through Jesus Christ was far deeper, more meaningful, and life-giving. If that kind of relationship was possible by following God’s laws, Paul would have had it.

Paul grew up as Saul. A good Jewish boy, from a good Jewish home. He was of the tribe of Benjamin, meaning he could trace his family tree all the way back to the patriarch Abraham, through the great-grandson of Abraham—Benjamin, the 12th and final son of Jacob (the 2nd son of Rachel). (Genesis 35:16-20)

Paul describes himself as “a Hebrew born of Hebrews; as to the law, a Pharisee; as to zeal, a persecutor of the church; as to righteousness under the law, blameless.” (Philippians 3:5)

Paul is, rightly, proud of his Jewish heritage and identity. He is proud to be someone who followed the law faithfully. But when Paul comes to know Jesus, he changes.

Paul experiences a change that, if I’m honest, I have to experience over and over again.

Paul changes from being someone who thinks righteousness and a relationship with God are things he can do himself, to understanding these come from God.

Paul writes, “For Christ’s sake, I have suffered the loss of all things, and I regard them as rubbish.” (Philippians 3:8) Where the NRSV Bible I prefer has the word “rubbish” this is a polite translation. Other Bibles translate this dung or sewer trash.

In other words, Paul says “all of that trying to earn my way to God was just me shoveling a big pile of ____.”

Paul understands that working the system to try to get to God was only going to get him what he could achieve. Paul let go of the idea of pre-requisites and, instead, opened his heart to the love of Christ. That’s what I want to do, too. I don’t want to settle for a relationship with God I can achieve, I want what God can achieve.

After all, there is a big God, and it’s not me.

What about you? Do you try to earn your way to God? Do you ever feel like that effort is nothing more than shoveling a big pile of you-know-what? Tell me about it in the comments, in an e-mail, or on Facebook.