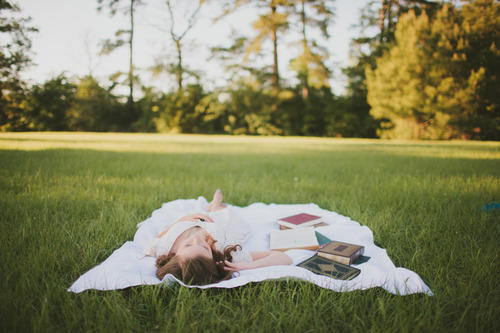 Did you know that the word “business” is actually derived from a word meaning “anxiety” and “busy-ness”? Google says so! 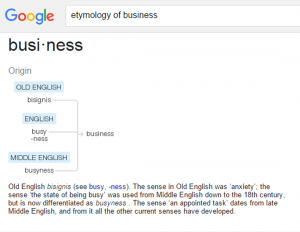 If I can make a big enough impact, or live my life well enough, or leave a big enough legacy, or a small enough environmental footprint, maybe I will feel like I am enough.

In other words, I allow busy-ness to take over because I’m trying to earn the right to rest. I can’t rest until I have done enough.

It turns out, I’ve been looking at this all wrong.

The Genesis of Rest

I know there is a lot of consternation and disagreement over the first two chapters of Genesis. Can you do me a small favor and let those worries go for just a minute?

In case you aren’t familiar with the basic narrative, it goes something like this: God created the world from nothing in six days and God rested on the seventh day.

The Genesis creation story is unique among ancient writings for how it presents the dignity of humankind. Other ancient creation stories present humans as a nuisance to the gods, an amusement for the gods, or as workers created to relieve the gods of manual labor. By contrast, in Genesis, humans are an integral part of a creation that is “very good.”

In Genesis, God created humans and then he created … rest.

Wait, what happened on the seventh day?

God didn’t take a vacation on the seventh day. He didn’t turn off his cell phone or refrain from Facebook. He didn’t veg out in front of the TV for a day long House Hunters marathon (though I’m sure they have those in heaven! House Hunters is the best, am I right?).

God is not described as recuperating from exhaustion on the seventh day. God didn’t take a day off because he was feeling overworked.

One writer, Patricia Bays, explains it this way:

To us rest sounds like doing nothing. To those who have to work until they are exhausted … rest is an activity of sheer bliss. … [However] the seventh day is not a day apart from creation, but the time of the creation of the act of rest.

Have you ever thought about it that way? God created something on the seventh day – rest.

Why did God create rest?

The Sabbath, in the Israelite calendar, is not a day of inactivity, but a day when work is not done so that rest may be done. As a celebration of the covenant [between God and humanity], the Sabbath was especially seen as the day of recreation, of being restored to the very basis of life.

Rest is a time for recreation, literally Re-Creation. God created rest so that we can be restored.

What am I doing to create rest in my own life?

Understanding that rest doesn’t just happen, has caused me to reorganize my calendar. Instead of expecting to “rest when I can,” I’m more diligent about scheduling work hours and rest hours.

Scheduling can be a challenge when you are self-employed. After all, the freedom to be flexible is one of the best things about self-employment. Fixed work hours can seem like the antithesis of flexibility, but they aren’t. If you can work any hour of the day, you end up feeling like you should be working every hour of the day.

Once I had my calendar set up with work hours, I could see how to make time for rest.

Once I understood that rest isn’t simply the absence of activity, but the act of re-creation and restoration, it suddenly seemed worthwhile—even essential—to me.

I have to create rest so that I can be re-created and restored.

What about you? Are you good at resting? Have you ever thought about God creating rest? What is the purpose of rest in your life? Do you have a calendering technique you’d love to share? Tell me about it in the comments, in an e-mail, or on Facebook or Twitter.