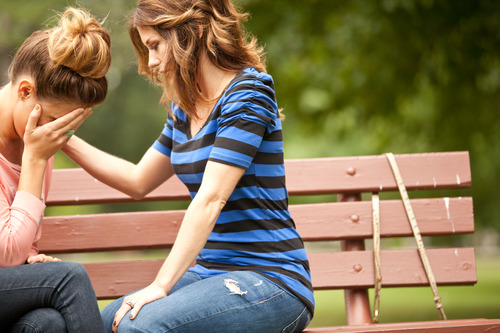 Last week we started looking at what it means to live expectantly, instead of living with expectations. Do you think God has expectations for you? Have you ever wondered if God thinks you’re a failure?

As I shared before, I once ordered a bar stool, but I didn’t check the dimensions well enough. When it came in, it was ten inches too short. It wasn’t a bar stool at all. It was a vanity stool.

It wasn’t quite what I expected and I returned it for a full refund (thank you Amazon).

The return was easy enough, but life isn’t always so simple.

Sometimes I don’t live up to my own expectations. I’ve checked and, apparently, I can’t be returned for a refund.

In case you can relate in some way, here are three expectations I have for myself that I have failed at lately (as in, today):

Expectation Number One: As A Woman
I expect that, as a smart and productive woman, I can say “Yes!” to every idea and project and get it all done (including the laundry).

Expectation Number Two: As A Mother
I expect that, as a loving mother, I will never lose my temper.

Expectation Number Three: As A Christian
I expect that, as a Christian, I will not be judgmental or dismissive of people who disagree with me.

Ready for reality? I fail at all three of these … often.

Failed Expectation Number One: As A Woman
I’m not nearly as productive as you are (yes, you). I can’t do it all. Sometimes I have to say no to a project that sounds really fun. (And sometimes I have to send the laundry out.) When I say yes to too many things, everyone suffers, including me.

Failed Expectation Number Two: As A Mother
I love my children more than words. Despite my indescribable love for them, sometimes I’m angry with them.

We seem to be in a phase right now where they disagree with me… about everything, including whether they’ve disagreed with me. This is a conversation I had with my daughter on Monday:

Failed Expectation Number Three: As A Christian
I love God, but the people of God are harder for me to love. I mean, not you, I love you. It’s the other people. If you could peek into my heart you would see how it’s been broken by misogyny, prejudice, and bibliotary in the church. I know I shouldn’t, but I find myself judging people who I think are too judgmental.

I have failed on all three counts: Woman, Mother, Christian.

I haven’t lived up to my own expectations. 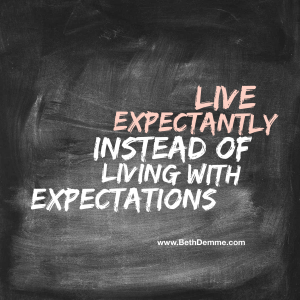 I recently read The Way to Heaven, The Gospel According to John Wesley by Steve Harper. Although this is not a new book, it was new to me. John Wesley (an 18th century Anglican priest and theologian who founded Methodism) believed in not only original sin, but also original righteousness. Here’s how Harper explains it:

Redemption only makes sense if there is prior value. If something is worthless, it can be thrown away and replaced. But if it has prior value, it must be found and restored. Redemption means that people have prior value (eternal value), and God’s love will not permit anyone to be discarded.

Although my failures on all three counts illuminate my separation from God, that’s only the beginning of the story. God sees me as more than my failures.

As Wesley taught, God offers me love “in the face of rejection.” God doesn’t love me “in the hope of getting something in return, rather [God’s love is] love expressed where rebellion and even hatred seem to have won the day.” (Harper)

God’s love is expressed where my mistakes seem to have won the day.

When I ask if God thinks I’m a failure, I’m allowing guilt and shame over my mistakes to separate me from God. Instead, I need to remember that God loves me in the face of my mistakes. As Paul wrote: “There is therefore now no condemnation for those who are in Christ Jesus.” (Romans 8:1) God’s love will not permit anyone to be discarded, not even people like me who fail to live up to expectations.

What expectations do you have for yourself? Are they limiting you, getting in the way of your ability to receive God’s love? Tell me about it in the comments, on Facebook, Twitter, or via e-mail.