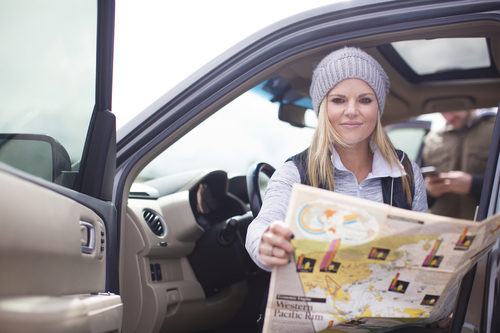 Epiphany is more than a sudden inspiration; it’s a season on the church calendar. Epiphany begins with a celebration of the arrival of the Wise Men as described in Matthew 2:1-12.

We tend to picture the Wise Men (on top of camels, of course) following the light of the brightest star in the sky straight to Jesus.

As with most things in life, and most things we read in the Bible, it isn’t as simple as we’ve tried to make it.

The Wise Men knew about the birth of “the king of the Jews” because they “observed his star at its rising,” (Matthew 2:2) but they weren’t sure where to find him. We like to skip to the end of the story, picturing the Wise Men gathered around Jesus in Bethlehem, but before going to Bethlehem they went to the big city of Jerusalem.

Why Jerusalem? Because it was logical to look for the Jewish king in the city that was the Jewish political (and religious) capital. At the palace, the Wise Men asked for “the child who has been born king of the Jews.” (Matthew 2:2) Herod, the regional puppet king installed by the Roman Empire, asked the religious leaders (the chief priests and scribes) what they knew. They told Herod that, according to the prophets, the Messiah would be born in Bethlehem. (Matthew 2:3-6) Once Herod had that information, he “secretly called for the Wise Men and learned from them the exact time when the star had appeared. Then he sent them to Bethlehem” (Matthew 2:7-8).

The villain (King Herod)—not the star—sent the Wise Men to Bethlehem.

After Herod put them on the right path, the Wise Men again saw the star (Matthew 2:9). We don’t know if the star disappeared and reappeared, or if the Wise Men lost track of the star because they were intent on going to Jerusalem.

Either way, the Wise Men got lost.

Maybe we want to think the Wise Men peacefully followed the star all the way to Bethlehem because we like to think God makes things easy, but actually the hiccup in their journey is more relatable and honest.

Like the Wise Men who went to Jerusalem instead of Bethlehem, I sometimes look for God in the wrong places.

The Wise Men went to the palace because that’s where they expected to find God, but he wasn’t there.

Sometimes I look for God in the palace, too. I act like I can find God only within the four walls of the church, between the two covers of my Bible, or inside my prayer time. Meanwhile, the kingdom of God is all around me in acts of kindness and selflessness. The love of God is infused through every part of my life; I only have to be wise enough to look for it.

Sometimes our journey to God is long and full of detours and missteps. When we do finally embrace God’s love, it’s tempting to act like God made the journey easy. We want to act like we followed the star right to Bethlehem and we knew where we were headed the whole time. In reality, we re-enact the journey of the Wise Men over and over again, detours and all.

What about you? Have you ever looked for God in the wrong place? Has your faith life had some detours in it? Have you over-simplified the story of the Wise Men? Tell me about it in the comments, in an e-mail, or on Facebook.