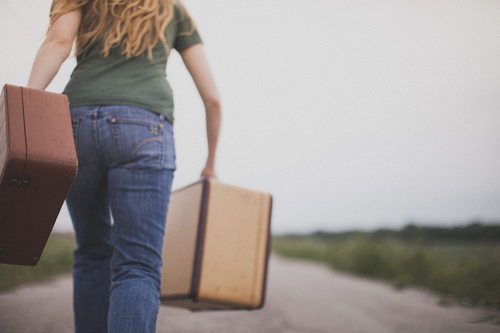 “Now faith is the assurance of things hoped for, the conviction of things not seen” (Hebrews 11:1).

Sometimes we treat faith and belief as if they are synonyms. Maybe you haven’t made this mistake, but I have. I have made the mistake of reducing my “faith” to a set of “beliefs.” This is usually followed by a hearty pat on the back for getting it “right.” I’ve even checked my list of beliefs against church creeds or fundamentals just to be sure I did, in fact, have it right.

Rather than getting into a long (and probably boring) word study of why this doesn’t make sense, I’d like to tell you why it matters.

For a long time, believing the right things was an idol for me. I didn’t need to have a meaningful or personal relationship with God because I had the right beliefs, the right creeds and credos. I didn’t really need faith in anything or anyone because I had a well-researched and constructed belief structure that was confirmed by church doctrine.

Being able to rely on the right set of beliefs was, for me, a form of self-sufficiency.

This is a problem I face again and again.

I want to do everything—including my relationship with God—on my terms. Not because I think I can boss God around, but because I want to prove my worth to God. “Hey God, look what I can do! I can believe the right things!”

I want to show God that I am capable and, therefore, worthy.

Believing that I needed to prove my worth to God is probably the dumbest thing I’ve ever believed. It’s also a great illustration of why faith and belief aren’t necessarily synonyms.

In fact, I’ve allowed faith and belief to work as antonyms, not synonyms.

At times, I’ve chosen the comfort of belief over the hard work of faith.

It turns out, faith is an action word. In Hebrews 11, each faithful person is described by their actions. Abel offered a more acceptable sacrifice than Cain (Hebrews 11:4). Noah built an ark (Hebrews 11:7). Abraham picked up and moved to an unknown place (Hebrews 11:8). Moses chose God over wealth (Hebrews 11:24-26), etc. Their faith was more than just belief that God existed, would show up, take care of them, or love them. Their faith was about offering, sacrificing, building, moving, and choosing—all words describing action.

Having right beliefs allowed me to pat myself on the back, but it didn’t draw me any closer to God. Faith compels me to something more than self-congratulations. And in that something more, I find God beckoning me and guiding me. That is where the real relationship happens, at the point where my self-sufficiency ends and I rely on the God in whom I believe and in whom I have faith.

What about you? Are you a belief person or a faith person? Do you agree that though they seem synonymous, we can live as if they are opposites? Tell me about it in the comments, in an email, or on Facebook.