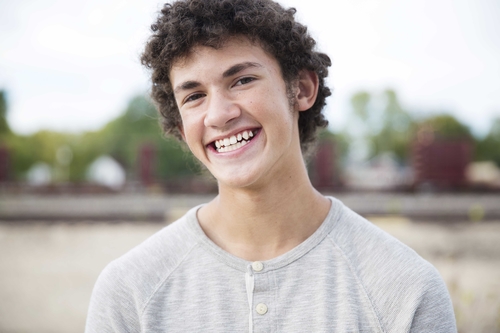 Last week I shared my thoughts on how some Christians take on legalism and judgmentalism instead of the yoke Jesus offers. Like the Pharisees, they focus on the letter of the law instead of the spirit of the law. I think Jesus releases us from the prison of self-righteousness. We don’t have to try to decide who is in and who is out. We aren’t limited by the judgment of other people, or by our inner critic, because we are covered by the love of God.

I think Jesus releases us from the prison of self-righteousness. We don’t have to try to decide who is in and who is out. We aren’t limited by the judgment of other people, or by our inner critic, because we are covered by the love of God.

There’s another aspect of taking on Jesus’ yoke that I think is worth considering. When we choose to wear the yoke of Jesus, we are yoking ourselves to him. If you picture two oxen yoked together, you get the idea. As long as the oxen are willing to work together, they’ll share the load and they’ll plow nice straight lines, and easily carry heavy loads, right?

Us, too. When we are yoked to Jesus our load is lighter, our burden is eased.

But think about what that means.

It’s mutual. Jesus is willing to work with us. God has willingly yoked himself to us.

One of the things about the Bible that always resonates with me is how God uses imperfect people. It’s a major theme in the Bible, actually, from the very beginning. All the way back to Adam and Eve, people have made poor choices, right? (Genesis 3)

God sort of hit the reset button with Noah, but all that was reset was sin because Noah got drunk and, in his embarrassment over being seen naked, he cursed his own grandchildren. (Genesis 9:20-27)

Then Abraham, but he got impatient with God’s timing so he had a son with Hagar. (Genesis 16)

Abraham’s grandson, Jacob, the one who becomes Israel? He starts out life as Jacob, the Deceiver. (Genesis 25:26) He steals his brother Esau’s birthright and tricks his blind father into giving him Esau’s blessing, too. (Genesis 25:32-34, Genesis 27) Jacob only becomes Israel because he wrestles with God. (Genesis 32:28; 35:10) This is a relationship marked by struggle, but also by God’s choice to yoke to Jacob.

Then we meet Moses, but he was a murderer. (Exodus 2:12) I’m not even sure Moses knew God. When God came to Moses in the burning bush and told Moses he had a special purpose, Moses replied—more or less—I’m just asking for a friend, but who are you anyway? (Exodus 3:13-15)

We can go on and on.

King David? He had an affair with Bathsheba and then had her husband, and his friend, killed in battle as part of the cover up. (2 Samuel 11)

The great Apostle Paul? Before his conversion experience he was Saul, the #1 enemy of Christianity, specially appointed to stop it. In Acts 7 when the disciple Stephen is martyred, the Bible says the crowd “dragged Stephen out of the city and began to stone him; and the witnesses laid their coats at the feet of a young man named Saul. … And Saul approved of their killing [Stephen].” (Acts 7:58, 8:1) “Devout men buried Stephen and made loud lamentation over him. But Saul was ravaging the church by entering house after house; dragging off both men and women, he committed them to prison.” (Acts 8:2-3)

A few verses later, at Acts chapter 9 it says, “Saul, [was] still breathing threats and murder against the disciples of the Lord ….”

When God tells Ananias to go visit Saul, Ananias says, “Lord, I have heard from many about this man, how much evil he has done to your saints in Jerusalem; and here [in my city] he [now] has authority from the chief priests to arrest all who invoke your name.” (Acts 9:13-14) In other words, “am I hearing you correctly, God? You want to yoke yourself to SAUL? To THAT guy?” God says, “Yes. I have chosen him.”

Even though we, too, are imperfect, God chooses us.

It’s kind of mind-boggling, actually. Read again what Jesus says and think about it as an invitation to you, personally:

Come to me, all you that are weary and are carrying heavy burdens, and I will give you rest. Take my yoke upon you, and learn from me; for I am gentle and humble in heart, and you will find rest for your souls. For my yoke is easy, and my burden is light. (Matthew 11:28-30)

Jesus is willing to yoke himself to us. The question for us is, do we accept the yoke?

Have you ever thought about what it means that God chooses to be yoked to you? Do you feel like you fit in with the cast of imperfect characters we meet in the Bible? Tell me about it in the comments, in an e-mail, or on Facebook.