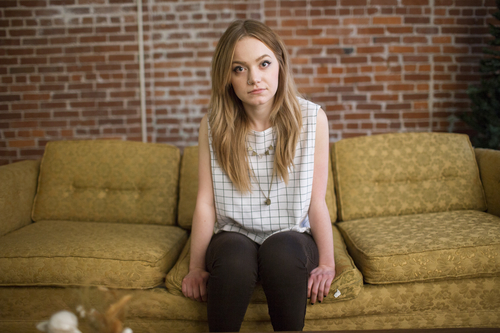 If we were playing a game of word association and I said “Jonah,” chances are good that you would say “whale.” When it comes to Jonah, we tend to get wrapped up in questions about if, how, and why Jonah spent three days in the belly of a fish. But really, Jonah is a lesson in the problem with God’s grace.

Jonah learns it the hard way. God tells him to go to Nineveh, but instead Jonah runs away from the problem. He hops on to a ship, gets thrown overboard in the middle of a storm, gets swallowed by “a large fish,” and is spit out onto dry land after three days and three nights. (Jonah 1)

The appalling thing that Jonah learns is that God’s grace is for everyone, even the Ninevites.

Jonah did not want the people of Nineveh to receive God’s grace. He didn’t want them to know about God or God’s love or God’s mercy. Jonah knew that if God gave the people of Nineveh a chance at a relationship, they would jump at it. He knew they would repent and God would forgive them. And then something truly dreadful would happen, Jonah would have to accept them as part of God’s people.

Jonah didn’t want to accept the Ninevites, he hated them. They were political enemies—the Assyrians who conquered the northern kingdom of Israel and then scattered the Israelites, resulting in the ten lost tribes of Israel. (Here’s a lesson on that.)

Jonah wanted them to be punished, he wanted to substitute his justice for God’s mercy.

You might say Jonah thinks the Ninevites are from a sh… sh… shady country.

In death, or on the verge of it, Jonah has a revelation. Jonah says, “As my life was ebbing away, I remembered the Lord and my prayer came to you in your holy temple. … I with a voice of thanksgiving will sacrifice to you; what I have vowed I will pay. Deliverance belongs to the Lord!” (Jonah 2) In other words, “Deliverance belongs to the Lord, not to me.” In that moment, Jonah understood that he couldn’t tell God who to choose and who to exclude.

But even with that apparent attitude adjustment, Jonah goes to Nineveh half-heartedly. He goes into Nineveh a little ways and offers them 7 words. That’s all. He makes a single prophetic pronouncement: “Forty days more, and Nineveh shall be overthrown.” (Jonah 3:4)  After all of the build-up, all of the effort to try to avoid going, the deathbed revelation, and then once he gets there, that’s all he says?

And yet, that was all it took. We’re told that the hope of God’s love and mercy was so magnetic that everyone, including the king of Nineveh himself, believed in God and started living differently. (Jonah 3:4-9) As Jonah predicted —and feared— God welcomed the Ninevites with open arms. “This was very displeasing to Jonah and he became angry.” (Jonah 4:1) Jonah says, basically, “uuuuuuuuuugh. This is exactly why I did not want to come here!”

In death (or on the verge of it), Jonah had cried out to God for help and forgiveness. God “brought [his] life up from the Pit” and Jonah promised to honor God “with the voice of thanksgiving.” (Jonah 3:6-9)

But, then, despite receiving God’s mercy himself, Jonah accuses God of being too merciful towards the people of Nineveh.

Jonah says he would rather die than see the people of Nineveh receive God’s grace.

That’s the terrible, awful thing about God’s grace. It’s for everyone. Anytime we draw a line between us and them, God is standing over there with them.

I struggle with this. I want God to be on my side, to like who I like and dislike who I dislike. Like Jonah, I struggle to be obedient to God and I’m overwhelmed with humility and gratitude when I remember God’s loving forgiveness. And, though it’s hard to admit, I’m like Jonah in that I take what God offers and try to keep it for myself and for those who think like me.

The “Ninevites” in my life can range on any given day from the person who cut me off in traffic to the person on Twitter or Facebook who posts a message that contradicts my own view on an issue like women in the pulpit, immigration, marriage equality, the value of life (before and after birth), and so on. It’s hard to admit, but God loves them too.

That, I think, is the real message of Jonah—the terrible, awful truth about God’s grace is that it is for everyone.

Who are your Ninevites? How do you feel about sharing the love and grace of God with them? Can you relate at all to Jonah’s reluctance to share God? Tell me about it in the comments, in an e-mail, or on Facebook.