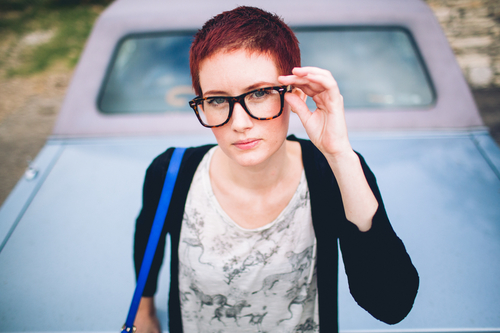 16For God so loved the world that he gave his only Son, so that everyone who believes in him may not perish but may have eternal life.

There are different opinions as to how many verses are in the Bible, but everyone agrees there are thousands of them. One source says there are 31,102 verses, but maybe it’s only 31,101, or maybe it’s really 31,173 or 35,527. Then again, the King James Version has some verses that other translations don’t, so your answer will vary depending on the reliability of the underlying manuscripts used to create the translation you choose. Of these thousands of verses, John 3:16 is probably the most ubiquitous.

If you want to wear it, you can buy it on a t-shirt, a hat, a watch, a bracelet, or even stickers for under your eyes.

If you want to decorate with it, you can buy it on a Bible cover, a rubber stamp, a cross-shaped wall plaque, a trinket box, a wind chime, or even a rock.

If you want to drive with it, you can get it on a keychain, a license plate, a sticker, a tire cover, or a guardian bell. If you’re into a different kind of driving, you can even get it on a golf-club cover.

It’s been used in a variety of product placements and even made an appearance in Peanuts.

In the 1970’s and 1980’s, a man named Rollen Stewart made a name for himself by wearing a rainbow wig and holding John 3:16 banners at an impressive variety of notable sporting events. 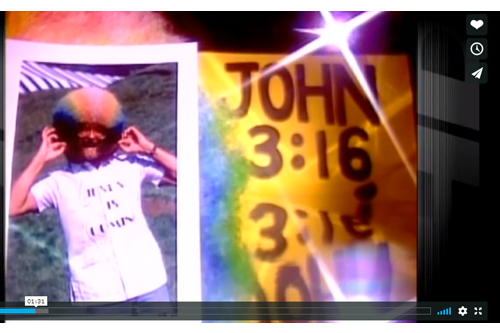 John 3:16 is a verse that really gets around.

John 3:16 is a beautiful verse, but I think we’ve lost something in our overuse of it. Perhaps the first thing we lose sight of is verse 17.

17Indeed, God did not send the Son into the world to condemn the world, but in order that the world might be saved through him.

Where I live in the southern United States, there is a tremendous emphasis on “getting saved.” But, like our over-use of John 3:16, this is typically made too narrow.

The Greek word translated here as “saved” is sozo.

The word sozo is about more than being rescued or spared. It is about being made whole. In fact, sozo means healing. John 3:17 could be translated,

God did not send the Son into the world to condemn the world, but in order that the world might BE HEALED AND MADE WHOLE through him.

John 3:16 and 17 come to us as part of the story of Nicodemus, a Pharisee who comes to meet with Jesus under cover of darkness. Perhaps it was dark outside, or perhaps the darkness is a literary device to express Nicodemus’s lack of understanding and insight. In their time together, Jesus invites Nicodemus to think about things differently, so differently that it will feel like Nicodemus is being born again and starting fresh with a whole different outlook.

The Rev. Dr. Judith Jones, a Professor of Religion, sums up the encounter this way: “Jesus challenges Nicodemus to move from theory to practice, from knowledge to faith, from curiosity to commitment.”

The irony is that sometimes we use John 3:16 as a way to avoid that very challenge.

We make it seem like John 3:16 stands alone in the Bible. We ignore verse 17, even though it’s right there.

Why do we do that? We do it so we can make new birth something that matters later rather than right now. We try to avoid the reality that God is calling us here and now to think and live differently.

The problem is, when we do that, we also put off the opportunity to be made whole. We make it seem like wholeness can only happen later, instead of embracing what God offers us here and now.

I don’t know about you, but wholeness sounds good to me. I don’t see any reason to put it off.

What about you? Do you own any John 3:16 clothing? Have you seen this verse splashed around? Do you see the irony? Tell me about it in the comments, in an e-mail, or on Facebook.