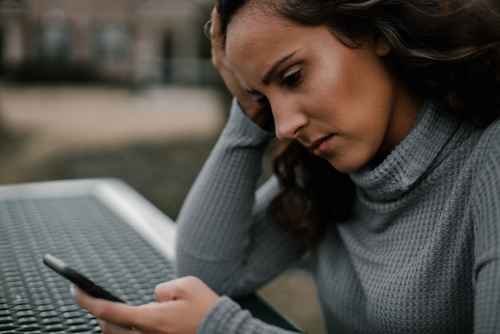 Many years ago when my son was in preschool, his class did a sweet little play called “It Could Always Be Worse.”

We live in Tallahassee, Florida, home to Florida State University. One of the advantages of living here is that the University brings some incredibly talented people into our community. One of my son’s classmates was the son of a professor at the FSU School of Theater. The professor adapted a Yiddish Folk Tale into a play our precious 4-year olds could perform.

The moral lesson of that sweet play has stuck with me for nearly fifteen years.

In the adaptation my son’s class performed, a mother is overwhelmed by her many children so she goes to her Rabbi for advice. (Picture a four-year-old girl dressed like a babushka complaining to a four-year-old boy dressed like a Rabbi.) The Rabbi says, “It could always be worse! You should get chickens and have them live in your house with you.” The mother thinks it’s strange advice, but she’s desperate, so cue the chickens! At that point, several preschoolers dressed like chickens and crowing like roosters pecked their way to the stage.

No surprise, having chickens in the house didn’t help. The tiny chaotic house was even more crowded and more unpleasant.

The mother goes back to the Rabbi and asks for advice again. The Rabbi tells her to get pigs and, like the chickens, have them live in the house with her family. Cue the piggies! Several sweet cherubs dressed like pigs and oinking up a storm enter the scene. (I realize that wouldn’t be kosher, but this was an adaptation.)

This pattern goes on for several cycles, the Rabbi repeatedly telling the mother to add more animals to her home.

The mother keeps coming back, reporting that she is more overwhelmed than ever. The animals are making a mess, there’s no room in the house, and it’s so loud she can hardly think.

When the mother is just about at her breaking point, the Rabbi is ready to deliver the lesson.

The Rabbi tells the overwhelmed mother to move the animals out of the house, back into the yard where they really belong. As she has done throughout the play, she follows his advice. She moves all the animals out. Only the mother and her many children are left in the house.

Even though she’s in the very situation that prompted her to go to the Rabbi for help in the first place, she sees it differently now. Instead of being overwhelmed, she finds that her house full of children is a peaceful oasis.

What was once overwhelming is now manageable.

The moral of the story? Whatever you are going through, it could always be worse.

I don’t know about you, but to me it seems like the year 2020 is the embodiment of this parable.

We began the year with the impeachment of the President. (The Senate trial began on January 16, 2020 and lasted through February 5, 2020.) As that was unfolding, a novel coronavirus SARS-CoV-2 (#COVID19) was spreading across the globe, taking hold in nearly every country. By mid-March, I was canceling a family trip to Spain and my church was moving to online worship. There was much to learn and also much to grieve.

Week after week, we learned of more coronavirus cases. As friends and acquaintances lost loved ones, the grief mounted.

The world economy ground to a halt. Unemployment claims in the U.S. set records week after week. More grief.

Then, in early May, we learned about the murder of Ahmaud Arbery. It happened in February, but a video was released that revealed the horror of his death at the hands of vigilantes. More grief.

Around that time, we also learned about Breonna Taylor, a Louisville EMT who was shot by the police in her own home on March 13, 2020. Breonna was not a suspect in a crime and there was no warrant for her arrest. Police entered her home without warning in the middle of the night and shot her eight times. The initial police report said there were no injuries. More grief.

As all of that was sinking in, we learned that George Floyd was suffocated by police on May 25. Like with Ahmaud Arbery there was video to reveal the truth of his death.

It was too much. People took the streets to express their shared grief. My own grief was enough to pull me from the cocoon of my home. I attended an outdoor prayer vigil for George Floyd and knew I needed to do more.

Now, COVID-19 cases are growing exponentially. We are learning this virus presents very little danger for some, but is deadly for too many. More grief.

What about you? We are half-way through 2020, how has it been for you? Does the message of that preschool play resonate with you? Tell me about it in the comments, in an e-mail, or on Facebook.