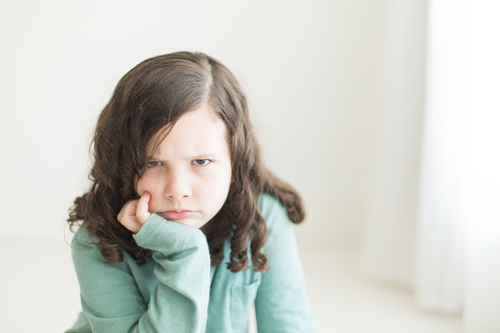 You probably know the expression, “Mama Bear.” A Mama Bear is the kind of mom who is normally a sucker for hugs and cuddles, but who can become downright ferocious when her cub needs to be protected.

In Matthew 15, Jesus meets a Mama Bear. She calls to Jesus saying, “Have mercy on me, Lord, Son of David; my daughter is tormented by a demon” (Matthew 15:22). It’s plain that this woman is not Jewish. She is a Gentile from the region of Tyre and Sidon, and yet, she seeks access to Jesus, a Jewish healer; the Jewish Messiah.

In her desperation to find help for her daughter, the Mama Bear makes a scene.

Her ruckus-making upsets the disciples. Not only that, but they can see she is from the wrong side of the tracks, the wrong country, the wrong ancestry. The disciples lived in a culture steeped in patriarchy and tribalism. They were in a culture—not unlike ours—that said it was okay to reject “the other.” The disciples saw the desperate mother as a nuisance and they urged Jesus to send her away.

It’s hard to admit, but I can relate to the disciples here.

Too often, I make the mistake of prioritizing those who look like me, think like me, vote like me, and worship like me. Our society is polarized and fragmented more now than at any other time in my life, and I have given in to that negativity.

The disciples looked at this mother, this Mama Bear, and knew she was not like them. She was an Other.

Then to top it all off, she was shouting about having a demon-possessed daughter! The disciples reacted as if they could smell the demon on her: “Get it out of here!”

Jesus, our normally open-hearted healer, rejects her plea for help. He says, “I was sent only to the lost sheep of the house of Israel.” In other words, Jesus tells this desperate mother he hasn’t come to help people like her.

Perhaps the disciples thought, “Finally! He’s sending her away! About time!”

But Mama Bear would not give up. Her daughter needed to be healed, so she knelt at Jesus’ feet and said it plainly: “Lord, help me” (Matthew 15:25).

Incredibly, Jesus refused again, saying “It is not fair to take the children’s food and throw it to the dogs” (Matthew 15:26).

It’s hard to read that line. It’s hard to hear Jesus calling this desperate mother a dog. He could hardly have identified her other-ness with stronger language.

But Mama Bear refused to give up. She persisted. She said, “Yes, Lord, yet even the dogs eat the crumbs that fall from their master’s table” (Matthew 15:27). At that, Jesus stepped into the void of her other-ness and healed her daughter, saying, “Great is your faith! Let it be done for you as you wish” (Matthew 15:28).

In the end, Jesus disregarded the boundaries others wanted to draw on his healing and he gave the woman what she prayed for. He acknowledged the boundaries—he called her a dog—and then he ignored them.

The story of this desperate mother makes me pause and consider all the ways I am like the disciples. Too often, I want God to extend grace, mercy, and love ONLY to me and people like me.

This story is an invitation to stop putting up barriers between “Others” and God. I know that when I turn to God and say, “send them away!” God sees their brokenness—and mine—and offers us both healing. Despite my human tendency to divide and fragment, God is working for reconciliation and redemption in all people, including me.

What about you? Where have you viewed or treated another person as an Other? How might acknowledging that be a pathway for you to see God at work? Tell me about it in the comments, in an e-mail, or on Facebook.