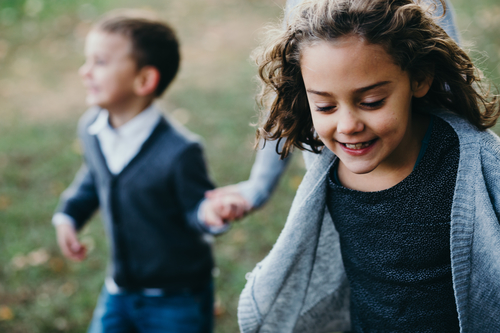 Keeping Up With God, Who Is Always A Step Ahead

In the New Testament, right after the four Gospels, we have a book called “Acts.” Sometimes it’s called “Acts of the Apostles” because it’s the story of how the apostles began to teach, preach, and heal after Jesus ascended to heaven. Sometimes it’s called “Acts of the Holy Spirit” because it’s filled with stories of the Holy Spirit leading the apostles in unexpected directions and expanding the good news to a whole host of people who were thought to be outside the covenant.

One of the things about Acts that inspires me is how God remains a step (or two or 10,000) ahead of the folks running the early church.

I find that inspiring and reassuring because in my own life I often realize what God is doing only in hindsight. Also, I often feel that the church, despite our best efforts, lags behind. Sometimes it’s as if our humanity has a drag effect on the church, preventing it from keeping pace with the Holy Spirit.

On the one hand, that makes perfect sense. There will never be a time when God has to catch up with us, right? That would make the church somehow more advanced than God. On the other hand, we tend to think we are keeping pace with God. Sadly, we have learned time and again that we only thought we were keeping up when, really, we were jogging while God was sprinting.

Today we see the church struggling with a host of issues related to personhood and the imago dei.  As incredible (and unbelievable) as it is to me, the church is still struggling with whether women are made in the divine image of God (read this and this if you think this discussion is not still happening).

The church is still playing catch-up. The Holy Spirit is light years ahead of us, but our humanity can’t stop God.

We see this in the story of Cornelius, the Roman Centurion, and its aftermath.

Cornelius loved God. “He and his whole household were pious, Gentile God-worshippers. He gave generously to those in need among the Jewish people and prayed to God constantly” (Acts 10:2 CEB). One day God told Cornelius to send for the Apostle Peter.

Peter had a vision of a bundle coming down from heaven and when it opened, it was full of things a good Jewish boy would never eat. Despite that, he heard a voice say, “Get up, Peter; kill and eat” (Acts 10:13). At first Peter resisted the vision. I imagine him defiantly folding his hands in front of chest, and saying “nope, not gonna do it. Never have. Never will.” Then Peter hears a voice say, “What God has made clean, you must not call profane or unclean” (Acts 10:15).

As Peter is pondering what this vision means, Cornelius’s men arrive and invite Peter to Caesarea. Peter and six other Jewish Christians go to Cornelius’s house, even though they know they are breaking a religious law by going to the house of non-Jewish person (Acts 10:23, 11:11-12). Peter went because, as he says, “God has shown me that I should not call anyone profane or unclean” (Acts 10:28).

Cornelius invited Peter to speak, saying, “all of us are here in the presence of God to listen to all that the Lord has commanded you to say” (Acts 10:33).

Peter launched right into a sermon. A good one, too!

Peter talked about his recent vision and how he had a new understanding that God wasn’t only for Jewish people but was for everyone. Peter explained how the ministry of Jesus began and that Jesus was filled with the Holy Spirit and had incredible power to heal and do good. Peter also explained how the political authorities had killed Jesus by hanging him on a tree, the most dishonorable kind of death for a Jewish man (Deuteronomy 21:22-23).

Peter was going on and on when suddenly, the thing every preacher hopes —and fears—will happen, happened: “While Peter was still speaking, the Holy Spirit fell upon all who heard the word” (Acts 10:44).

Peter got interrupted by the Holy Spirit!

Peter thought he was there to do something, but it turned out that he was really there to witness something.

Peter and his friends “were astounded that the gift of the Holy Spirit had been poured out even on the Gentiles” (Acts 10:45). It takes Peter a beat to catch up with God, but seeing that the Holy Spirit—the very presence of Christ—has filled these people, he baptizes them.

It wasn’t long before the church leadership back in Jerusalem heard about the baptism of non-Jewish believers. They weren’t at all happy about this development. They criticized Peter and said he should never have been with those people in the first place.

Peter explained his vision, his decision to go, and, finally, how right in front of his own eyes, Cornelius and his friends had been filled with the Holy Spirit. Peter then asked, simply and directly, the question the church must continually ask itself:

When we try to keep God from those people (whoever they are for you), we miss the mark.  We fail to see that God is working on them, just like God is working on us. That was true in Peter’s day, and it is true for us. Since the moment the Christian church was born, it has been trying to catch up with God.

I’ve got my running shoes on, God, show me where to run.

What about you? Do you think you, or your church, is keeping pace with God? Have you had the experience of realizing God was a step, or two, or 10,000 ahead of you? Tell me about it in the comments, in an email, or on Facebook.