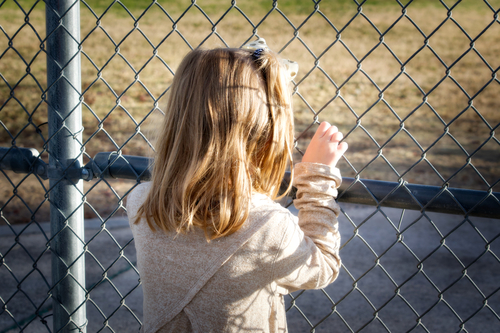 Why don’t Sundays count in Lent? Because Lent isn’t about you.

On Sunday, I took a bag of dryer lint to church with me.

I know that sounds strange, but I used it in the Children’s Sermon to make a point about lint and Lent. I wanted a lighthearted way to introduce what can sometimes be a heavy topic.

Lent can be a heavy topic.

Lent is a time for getting in touch with everything in us that threatens to separate us from the God who loves us.

I also told the Children something else that I think is really important. Something that adults often forget: the Sundays in Lent don’t count.

The Sundays in Lent are not a time for sacrifice, even though they fall during a sacrificial season on the church calendar. There are 46 days in Lent if you include Sundays. If you leave Sundays out, you end up with exactly 40 days.

Actually, fasting or abstaining on the Sundays of Lent is inappropriate because Sundays are a day of celebration for Christians. Sunday is Resurrection Day!

The United Methodist Church is direct about this. “Lent is a season of forty days, not counting Sundays, which begins on Ash Wednesday and ends on Holy Saturday.” In the UMC, “each Sunday [in Lent] represents a ‘mini-Easter’ and the reverent spirit of Lent is tempered with joyful anticipation of the Resurrection.”

The same sentiment is expressed by Catholic, Lutheran, Episcopal, and Presbyterian churches.

Lent is a special time to connect with God and for that, the Sundays of Lent are no exception.

For me, pausing my Lenten routine on Sundays has an important benefit. During the week, I tend to focus on (or maybe, obsess over) what I’m giving up when really I should be focused on God.

If I didn’t have a break on Sundays during Lent, I might get to Easter completely focused on the magnitude of my sacrifice instead of thinking about Jesus.

Sundays in Lent, and throughout the year, are a reminder of what really matters.

I try to be faithful in my Lenten observance. The Sundays in Lent remind me that my faithfulness is possible only because of God’s faithfulness.

Do you observe Lent? Do you abstain from something or do you add something (like prayer or service)? Do you count Sundays or is that a day of reprieve for you? Tell me about it in the comments, in an e-mail, or on Facebook.