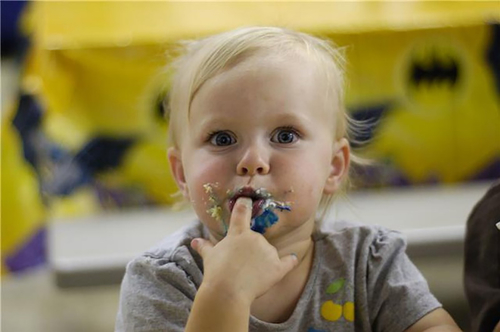 The Sundays In Lent Don’t Count

Lent is a season of the Christian Year where Christians focus on simple living, prayer, and fasting in order to grow closer to God.” Rev. Penny Ford

Many people choose to give up something in Lent as a devotional act. Some people give up chocolate, desserts, or all sweets. Others sacrifice a bit of their time to add more Bible reading into their day.

Lent is the 40-day period before Easter. Since Easter moves around on the calendar, Lent moves around, too. The first day of Lent, Ash Wednesday, is on March 1 this year, but in 2018 it will arrive on Valentine’s Day!

However, no matter when Lent begins, the Sundays in Lent don’t count.

That’s right, Sundays are not a time for sacrifice even when they fall during a sacrificial season on the church calendar.

Some might call it a loophole, but I promise it’s legit.

You should observe your Lenten sacrifice six days a week, not seven. Here’s why.

#1— Including Sundays extends Lent beyond the traditional 40-day period.

Lent is a forty-day period because it marks the forty days Jesus was in the wilderness following his baptism. (Matthew 4:1-11)  Counting the Sundays between Ash Wednesday and Easter stretches Lent to forty-six days. This year (2017) Ash Wednesday is on Wednesday, March 1. Forty days from March 1 would be April 9, but Easter isn’t on the 9th, it’s on April 16!

#2—Sundays are a day for celebration, not sacrifice.

Fasting or abstaining on the Sundays of Lent would be inappropriate because Sundays are a day of celebration for Christians. Sunday is Resurrection Day!

The United Methodist Church is direct about this. “Lent is a season of forty days, not counting Sundays, which begins on Ash Wednesday and ends on Holy Saturday.” In the UMC, “each Sunday [in Lent] represents a ‘mini-Easter’ and the reverent spirit of Lent is tempered with joyful anticipation of the Resurrection.”

The same sentiment is expressed by Catholic, Episcopal, and Presbyterian churches.

#3—Lent is about connecting with God. Sundays are no exception.

Even though Sundays aren’t sacrificial days in Lent, I’m not suggesting you gorge yourself on whatever food or activity you’ve given up the other six days of the week. Lent is no excuse for gluttony, people!

In other words, don’t lose your focus. Lent is a reminder that God is our focus.

Lent is a special time to connect with God. For that, the Sundays of Lent are no exception.

For me, pausing my Lenten routine on Sundays has an important benefit. During the week, I tend to focus on (or maybe, obsess over) what I’m giving up, when really I should be focused on God.

If I didn’t have a break on Sundays during Lent, I might get to Easter completely focused on the magnitude of my sacrifice instead of thinking about Jesus.

Sundays in Lent, and throughout the year, are a reminder of what really matters.

Let’s be faithful in our Lenten sacrifice, and let’s keep the Sabbath holy. Let Sundays in Lent remind us that our faithfulness is possible only because of God’s faithfulness.

Do you observe Lent? Do you abstain from something or do you add something (like prayer or service)? Do you count Sundays or is that a day of reprieve for you? Tell me about it in the comments, in an e-mail, or on Facebook.

Do you wish you knew the Bible better? Have a friend who isn’t sure where or how to start? This Lent is your chance!

I will do a quick broadcast on Facebook Live every day at 1:30. I’ll take you thru the Bible in about 5 minutes a day. Click here for more information.