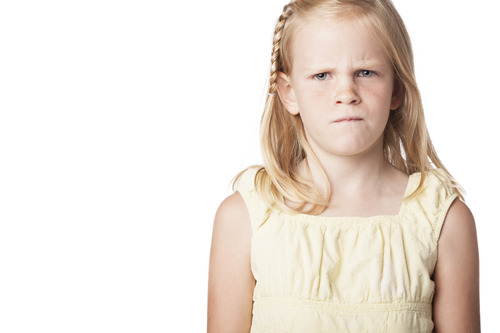 I have a confession: I’m not an Olympian. Not as a mom or in any other way, really.

I have occasionally met parents who believe they can train like Olympians. Do you know these people? They try to read, research, plan, and pray their way to the gold medal platform. Usually, these folks have an infant or are expecting their first child. A few years in, when child number one is potty training at the same time baby number two isn’t sleeping through the night, the reality of this sport makes them curse (or at least question) the books that made it seem so easy.

To those folks who aren’t yet parents, I give this word of caution: You may be the Michael Phelps of Hypothetical Parenting, but so what? I dominate at Wii bowling and I’m not joining the Pro Bowlers Tour. Real parenting is hard and I don’t always get it right.

When you watch the Olympics, everything from figure skating to javelin throwing looks easy because the athletes you see are incredibly skilled and highly trained. They are amazingly good at what they do.

No one thinks mothering is easy when they watch me do it, not if they’re paying attention. If mothering were an Olympic sport I’d have to move to one of those really small countries that doesn’t normally compete and buy my way onto the team. I’d pull a hammy the day before competition and Bob Costas would remark snidely on my failure to show up.

I’m not being unnecessarily modest. The truth is, I don’t think Olympic style parenting is the right goal.

Olympic competition comes down to judging performance in a moment, for a moment. I want to live in the moment, but I know evaluating myself as a parent (and as a person) is more about the long view. I have gold medal moments, but are they enough to outweigh the other moments?

When’s the last time you misplaced your child for four days? Stories like this are one of my favorite reasons to read the Bible. When I read about other people’s mistakes and mishaps, I feel more open to receiving God’s grace. If Mary and Joseph can literally lose the Son of God, maybe I’m covered for whatever parenting mistakes I make today?

I wonder if, after searching Jerusalem for their son all day, Mary collapsed into Joseph’s arms at night and wept over her mistakes. I wonder if they had to comfort each other with reassurances about God’s presence and God’s blessings. I wonder if, after recovering from the stress and shock of losing (and finding) Jesus, Mary felt like a bad mom.

I know at least some of what Mary felt. I lost my daughter once. She was only about two years old. I had taken the kids to a festival and we were watching a group of people tap dance. I danced with my son for just a second and when I turned around to scoop up my little girl, she was gone. I ran around frantically. I became so aware of every second passing it seemed like time actually slowed down. As I searched and searched for her tiny blonde pony tail, I imagined my husband’s heartbreak and visualized the newspaper headlines. I couldn’t believe I had been so careless. A few minutes later I saw her in the arms of a grandmotherly woman. She was safe! The grandmother had picked her up knowing a parent wouldn’t be far behind.

I worry about that mistake and so many others. Which of the mistakes I’ve made so far will make for fun stories, which will have a long-term negative impact, and which will be forgotten?

Like the time I ordered custom invitations inviting everyone to my daughter’s 9th birthday … even though she was only turning 8. 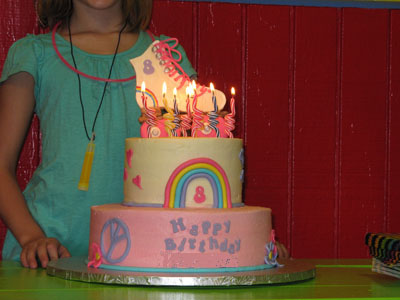 It’s been two years and my daughter still brings this up regularly. She laughs about it, but it’s almost like she’s the Olympic coach, reminding me I’ll never make it past the qualifier. I laugh too, but pull her close and give her a reassuring hug. I made a silly mistake, but it certainly doesn’t mean I don’t love her.

In the end, I think that’s the only measuring stick that matters—whether I consistently show love. If I can do that, maybe I’ll be worthy of a Gold Medal after all.

How about you? Have you met (or been) an Olympic parent? Have you ever lost your child at a festival (or Temple)? Tell me about it on Twitter or Facebook or send me an e-mail.