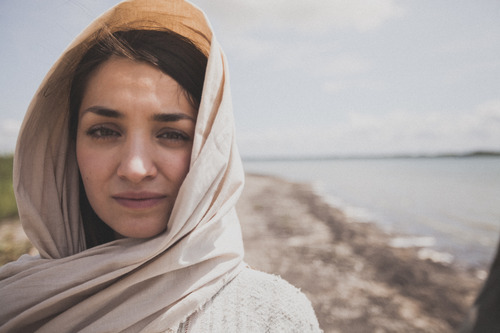 Have you ever met someone who was completely defined by their appearance? About five or six years ago I met a former Miss Universe. She was incredibly beautiful, but also articulate, kind, charming, and easy to be around.  There’s a “but” in that sentence because she wasn’t what I expected. I expected just another pretty face, but she turned out to be much more.

In the book of Esther, just another pretty face becomes a hero with the uttering of one simple question: What if?

There’s debate about whether the Bible story of Esther is a true story or a folk-tale. Whether it’s true or a tale, Esther’s transformation speaks a truth I need to hear over and over again.

Esther is a Jewish girl living in a non-Jewish community.

She becomes queen because of her beauty. The king “loved her more than all the other women” who wanted to be queen and he “set the royal crown on her head and made her queen.” (Esther 2:17) He was so happy about his new queen, he threw a big party and declared a national holiday. (Esther 2:18) The book of Esther is soap opera material. #UnBoringtheBible

Later in the story Esther discovers that Haman, one of the king’s closest friends and advisers, is planning to execute all of the Jewish people living in the kingdom.

At first, Esther doesn’t think she can do anything about the evil plan.

Her Uncle, a faithful Jew named Mordecai, strongly encourages her to speak up. Uncle Mordecai knows God will provide “relief and deliverance,” and he challenges Esther saying “what if you’ve been made Queen so that you would be in a position to stop this terrible thing from happening”? (Esther 4:14)

Have you ever asked yourself that question? What if I’ve been put in this situation so that I can be the one who makes a difference?

With that question, Esther begins to see herself as more than just another pretty face.

Esther tells Mordecai to get the Jewish community together to pray and fast for three days. She says: “After that, I will go to the king, though it is against the law; and if I perish, I perish.” (Esther 4:16)

Esther is transformed from uncertain to brave.

Esther approaches the king strategically. She uses food and wine, and time with her, as a lure. The king says repeatedly, “Queen Esther, what is your petition? It will be given you. What is your request? Even up to half the kingdom, it will be granted.” (Esther 5:3, 5:6, 7:2)

Eventually, Esther answers: “If I have found favor with you, Your Majesty, and if it pleases you, grant me my life—this is my petition. And spare my people—this is my request. For I and my people have been sold to be destroyed, killed and annihilated.”

The king is outraged. Haman is executed for his devious acts and all of his property is given to Esther. The homicidal (and genocidal) plan is quashed.

Esther’s bravery is celebrated by Jewish people today, 2500 years later, with the festival of Purim on the 14th day of the Hebrew month of Adar (late winter/early spring).

With one “what-if,” Esther’s view of herself changed.

Esther was more than just another pretty face. Esther’s value as a human being wasn’t defined by her considerable beauty. God knew she was brave, smart, and capable. God knew Esther was fearfully and wonderfully made. (Psalm 139:14)

If that’s true for Esther, maybe it’s true for me, too? Regardless of whatever label I’m working under today (just another blogger, just another Christian, just a mom, just a …), Esther reminds me that God sees me as more. God sees me (and you!) as brave, smart, and capable. Knowing how God sees me, I have to ask myself: “What if I’m right here, right now because this is where I can make a difference?”

Have you ever asked yourself that question? What came of it? Do you see yourself as just another [fill in the blank]? How could the story of Esther change that for you? Tell me about it in the comments, on Facebook, or on Twitter.