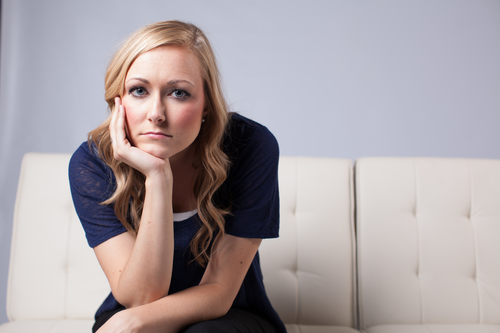 Plenty of people today dismiss the Old Testament as a collection of ancient writings with unknown provenance. I think that’s a mistake. I don’t think we should idolize the Bible, but there’s a lot of room between dismissal and idolatry. I fall somewhere in between, where reverence and belief intersect faith and hope.

One of the reasons I can’t dismiss the Old Testament is that I often I see my own character flaws reflected in its stories and characters.

For example, when life is hard I sometimes forget God is with me. I might start out the morning praising God, but as the day progresses and life happens, my words become less … grateful.

The book of Exodus reassures me that I’m not the first person to have this problem.

In Exodus, the Israelites are freed from slavery. Several hundred years earlier, Joseph (the one with the Technicolor Dreamcoat) had moved the entire family from Canaan to Egypt to rescue them from famine. (Exodus 12:40-41) In the ensuing four-plus centuries, the Israelites were enslaved by the Egyptians.

In the book of Exodus, God sends ten plagues, breaking Pharaoh’s will and securing the release of the Israelites.

At first, the Israelites sing to God, “who is like you, O Lord, among the gods? Who is like you, majestic in holiness, awesome in splendor, doing wonders?” (Exodus 15:11)

God, “I AM,” distinguished himself as THE God, not just one god among many. Through the plagues, God not only proved himself to the Israelites, but also rendered the Egyptian pantheon powerless. (Exodus 12:12)

But, within a month the Israelites were singing a different tune. The “whole congregation of the Israelites complained,” saying, “you’ve brought us out into this wilderness to starve us to death.” (Exodus 16:2-3)

God miraculously rescued them from slavery, but it wasn’t enough. They went from singing God’s praises to questioning his intentions.

I do this, too. When things are going well, I praise God. When life is hard, I wonder where God has gone.

The Israelites quickly learned that God had not abandoned them. Life felt hard, but God was still with them.

This is good news for someone like me who needs God to show up again, and again … and again. God doesn’t say, “enough already! I rescued you from Egypt, what more do you want?” Instead, God sends manna. Not for a day, or a week, or a month. God sends manna day after day for decades.

The Old Testament is full of stories like this, pointing to God’s abundant grace.

In this way, the Old Testament is the story of my life.

Despite genuine, and powerful, experiences with (and of) God, I still sometimes resort to self-sufficiency, idolatry, or some other God-substitute.

Reading the Old Testament can be hard (what with the genocide and all). It can even be boring (what with all the funny names and endless genealogies), but it’s worth it because of what it tells me about my God and myself.

The Old Testament reassures me God is present, even when life is hard. God loves me, even when I am unlovable.

What about you? Are you more likely to dismiss the Old Testament, or read it? Do you see your own character flaws reflected in its pages? Is there a particular story that resonates with you? Tell me about it here in the comments, in an e-mail, or on Facebook.

*Can I pause for a moment here to say this is one of the things about the Bible I find confusing, and maybe you do too? The story is presented a little out of order. We don’t find out until Numbers 14:34 (two books later) why the Israelites wander in the wilderness for 40 years.