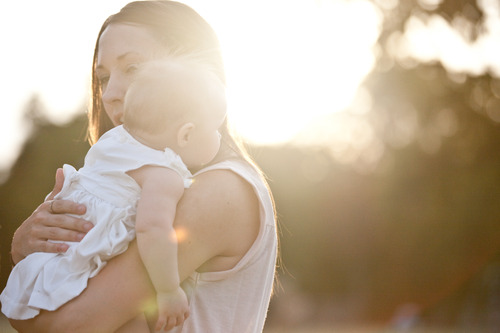 I love to celebrate adoption. My husband and I have two amazing children, both born in Russia. They came home about 3 years apart and they aren’t biologically related or from the same region. We missed out on the early months of their lives, but we experienced the joy of bringing each of them home around their first birthday.

When I pause to think about how my family was made, brought together across continents, established by piles of paperwork, and sustained by love, it’s kind of miraculous.

You might not think so, but everything about our initial decision to adopt was selfish. People tend to think adoptive parents are motivated by generosity and compassion. I’m sure some are, but my husband and I weren’t.

We adopted because we wanted to be parents.

We didn’t sit back and evaluate the plight of orphans and decide we had to be part of the solution. I think it’s amazing (inspiring!) when people do that, but I would be lying if I said that’s how Stephen and I came to parenthood.

It was absolutely the right decision, but it was a selfish one.

I have to be honest about my selfishness in order to honor the truly selfless people in my adoption story – the birthparents.

I love my children more than I imagined was possible. Motherhood is a sacred honor.

But the truth is, I have this sacred opportunity because someone else made a sacrifice. I am a mom because two other women made the courageous decision to put their babies’ needs ahead of their own.

Being a mom gives me a framework for understanding the magnitude of their courage and self-sacrifice.

Parenting is a transformative experience. I came into it for my own selfish reasons, but from the moment I held my son for the first time I became a person capable of self-sacrifice. I would do anything for my children.

I’m not the first one in their lives to feel that way about them. Their birthmothers were first.

I’ve never met the women who birthed my children, but I have met other women who have placed children for adoption. I see courage and kindness in these women, but sometimes they don’t see it in themselves. Sometimes they carry shame and guilt over their inability to parent, grieving what they perceive as a failure.

That’s what I would want to say to the women who gave birth to my children.

I try every day to be worthy of their sacrifice.

Do you tend to think of adoptive parents as self-less? Do you see how a birthparent’s decision requires self-sacrifice? Tell me about it in an e-mail, on Twitter, or on Facebook.