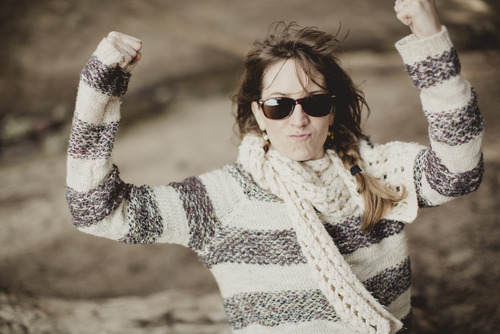 I was pumping gas when I heard the horn. On the adjacent street a woman in a small luxury car was honking at the big sport utility vehicle in front of her. Using exaggerated gestures and wide eyes she yelled, “you CAN’T stop here!”

As I watched her gestures and deciphered her words, I thought, “calm down and give the SUV a second!” On the other hand, she was right — there wasn’t a stop sign or red light. The SUV was stopped unexpectedly in its lane, right in front of her.

That’s when I understood the real problem.

The woman in the smaller car couldn’t see what was happening beyond her immediate view. The SUV driver had to stop in the middle of the road because there were two pedestrians crossing in front of him. As inconvenient as it was to stop there, he really didn’t have a choice.

Because the woman in the smaller car couldn’t see what was happening, she assumed the SUV driver was making a mistake. The sudden stop surprised her, maybe even frightened her, and she reacted with anger.

We are all guilty of this, aren’t we? We react without realizing we don’t have the perspective to see more than one car in front of us (or one problem, one opportunity, or one decision).

When my husband and I experienced infertility, we were like the woman in the small luxury car. Until that moment, we knew where we were going and how we were going to get there.  Having our route interrupted was a complete surprise and, at first, we were frightened and angry.

I didn’t have a very deep relationship with God then, but I believed He was there, so I prayed.

I prayed I would be a mom.

I prayed IVF would work.

I prayed our finances would hold out.

My prayers probably sounded something like this to God:

It took me several months to see the beautiful new highway opening up, just for us.

Now, every hug from my sweet children is a reminder that God had a better route planned than I did.

Today I am indescribably thankful for infertility.

I’m so happy for our route through mountains of paperwork, across an ocean, into Russian hospitals and orphanages. The route was challenging, but full of personal growth and adventure. The destination was two amazing children.

I bet there’s something like this in your life, too. Maybe you’ve been let go from a job, only to find a better one. Maybe a relationship or friendship has ended, but now you see it was for the best. Maybe you’ve faced a scary diagnosis, but discovered your inner strength. Maybe you were in the grips of an addiction and God met you there.

In your life, you have survived, accomplished, and given more than you realize. Sometimes, hindsight allows us to see how God was at work during those challenging times.

When Joseph (the one with the amazing technicolor dreamcoat) went from spoiled younger brother to Egyptian slave, he didn’t know how it would work out. But, years later when he revealed his identity to his brothers, he also revealed the benefit of hindsight saying, “don’t blame yourselves for selling me. God was behind it. God sent me here ahead of you to save lives.” (Genesis 45:5, MSG)

Joseph is saying, “we could only see the car in front of us, but God could see the whole street. He had a plan and now my life is better than I could have imagined.”

That’s how it is for my husband and I when we talk about our journey through infertility. God was behind it. God had a plan all along and it was better than we imagined.

Hindsight has shown me this:

I can see only the car in front of me, but God can see the whole street. 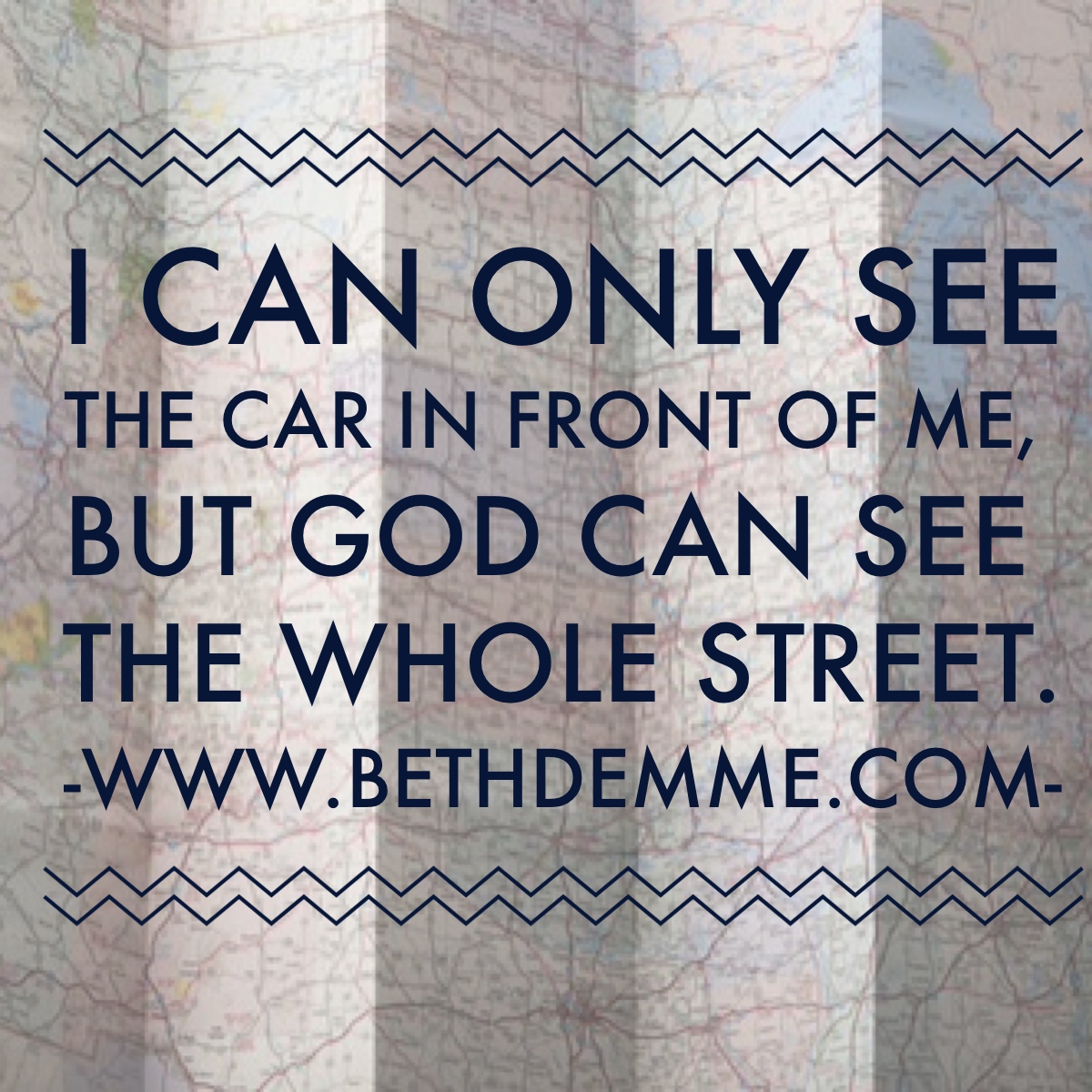 The next time you’re stuck in traffic, think about the car in front of you and what’s beyond it. I’d love for you to tell me about it on Twitter, Facebook, or through an email.