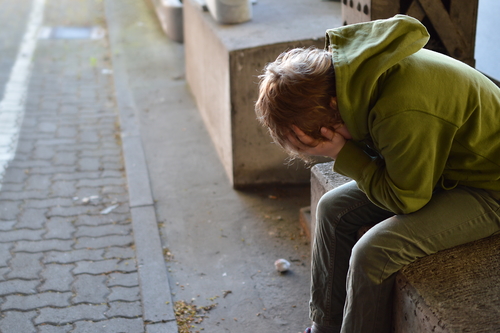 The Reality of Lent, #ParklandShooting

On Ash Wednesday 2018, fourteen teenagers and three coaches were savagely murdered in a shooting spree at Douglas High School in Parkland, Florida. We, as a country, have a routine after a massacre like this. It’s a routine I don’t much care for. We break into sides, camps, parties, teams, tribes, or whatever word you would choose. The point is, we divide.

In our idealized version of our American self, we are the “United” States of America. We are joined together by common ideals and goals, a shared history and a shared purpose. When there is an outside threat we do band together and stand as one nation under God. When, however, the threat is from within our collective self, we stand divided, each of us doing what we think is right. (See Judges 21:25.)

I’m embarrassed to admit this, but I need to say it, to confess it. Every time there is a tragedy, I seem to find a way to insulate my heart from it.

From Columbine to the Aurora theater shooting, to Sandy Hook Elementary School, to Pulse nightclub, to the Las Vegas shooting, to the Charleston, South Carolina and Southerland, Texas church shootings, and all those in between, I found a way to put it over there somewhere.

But this one, the Parkland, Florida school shooting? I can’t insulate my heart for some reason. Maybe it’s because the school reminds me so much of my son’s high school and the teenagers who died remind me so much of his friends. Perhaps it’s because we know people who lost friends that day. Probably, it’s that the Holy Spirit finally has me where I need to be.

In the wake of the tragedy, the students of Parkland are making their voices heard. Their grief is giving birth to a movement. As this blog posts, they are here in the Florida capital where I live. Today my husband will miss work and my teenagers will miss school as they venture down to the Capitol to join with those students, pleading with lawmakers to notice them, to see their pain, and to not brush it aside—to not put it over there somewhere, as I have so often done.

The rally at the Florida Capitol isn’t just about seeing democracy in action, it’s about trying to find one’s voice in the wilderness.

It’s about feeling too small to fight something powerful and destructive, but deciding to try anyway.

It just so happens that I’m studying the Old Testament prophets right now. I’m struck by how Israel, in those last 17 books of the Old Testament, feels too small to fight something powerful and destructive (first the Assyrians and then the Babylonians). The prophets laid it out and made it real. They didn’t sugar-coat how rough the present and immediate future would be. But they also didn’t stop there. They were always reminding the Jewish people: History is unfolding. God is moving. You may feel abandoned but this will not last.

It feels like these shootings will never stop, our response will never change, and the downhill progression is unavoidable. I am reminded, though, that God is moving. This feeling of abandonment will not last. Easter is coming.

The apostle Paul makes it plain—God meets us in our weakness. “God’s weakness is stronger than human strength…. God chose what is weak in the world to shame the strong” (1 Corinthians 1:25, 27). God told Paul, “power is made perfect in weakness” leading Paul to declare, “I will boast all the more gladly of my weaknesses, so that the power of Christ may dwell in me” (2 Corinthians 12:9-10).

When Jesus encountered human violence—a weak people pretending to be strong—he did the most amazing, God-like thing. He absorbed it. He didn’t counter it with more violence or escalate it into a spiritual war. Jesus absorbed the violence into himself, was crucified, died, and buried. Three days later he rose again.

In this season of Lent, I am drawn face to face with my weakness. I’m forced to look at how inadequate my past responses to massacres have been. I am compelled to stand here in the wilderness, watching others—watching children—find their voice. Lent is very real to me this year. As ever, I look forward to Easter. Come, Jesus, come.

How about you? Has the way we launched into Lent this year made it feel any different for you? Does this shooting feel different to you? Can you articulate why? Tell me about it in the comments, in an e-mail, or on Facebook.