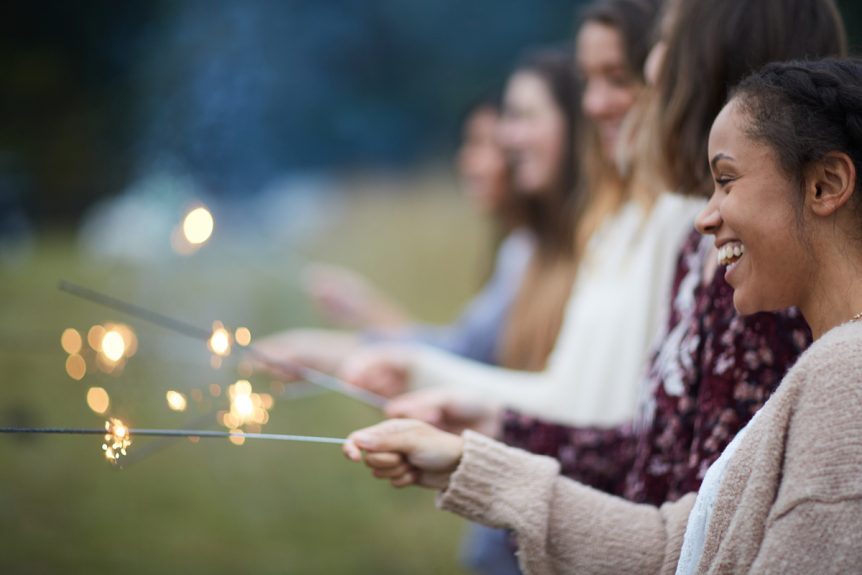 The Easter season has begun! Yes, that’s right, Easter is more than just one day on the church calendar. In fact, Easter is a season that lasts for fifty days (7 Sundays) and culminates in the celebration of Pentecost.

Have you ever noticed that all four Gospel accounts tell us that women were the first to discover the empty tomb on Easter morning?

What must the women have thought? From Luke’s perspective, the women were perplexed and then terrified (Luke 24:4-5).

They went to the last place where they knew Jesus to be, the tomb where his dead body had been laid. It was reasonable to expect him to be there, wasn’t it?

Jesus had been arrested on Thursday evening. He was nailed to a cross Friday morning and died at 3:00 on Friday afternoon (Luke 23:33,44-46). Sabbath began on Friday evening, meaning no work could be done (Luke 23:54-56). Sabbath ended at Sunset on Saturday, but by then it was too dark to walk to the tomb. The women went back to the tomb at their first opportunity—dawn on Sunday morning (Luke 24:1).

As they stood there, probably still perplexed and definitely terrified, two men in dazzling white—a signal that these are angels we’re dealing with here—say to them, “Why do you look for the living among the dead?” (Luke 24:4-5).

I wonder if the women were tempted to reply, “We’re looking HERE because the last time we saw him he was DEAD and his body was laid RIGHT THERE.”

But the women didn’t say anything. The angels continued, “He is not here, but has risen. Remember? Jesus told you this would happen!”

Back in Luke 9:22, Jesus told his closest disciples that he would “undergo great suffering, and be rejected by the elders, chief priests, and scribes, and be killed, and on the third day be raised.” In 9:44, Jesus told his disciples, “Let these words sink into your ears: The Son of Man is going to be betrayed into human hands.”

But, when Mary Magdalene, Joanna, Mary the mother of James and “the other women with them” told the apostles the tomb was empty, the men did not believe them. It seemed like “an idle tale” to them (Luke 24:10-11).

Now, according to Luke 8, Mary Magdalene had been healed of seven demons.

For this reason, I don’t picture her as a timid woman. I wonder if she didn’t say to those men, “Remember? Jesus told us this would happen! Let these words sink into your ears, he was killed and now it’s the third day and he’s been RAISED!”

Something got Peter’s attention and he ran off to the tomb and, sure enough, he saw that there was nothing left in the tomb except the linen cloths that had been wrapped around his dead friend (Luke 24:12).

Peter was “amazed.” Probably a little amazed that the women weren’t spinning an idle tale, but mainly amazed that Jesus who had been alive and then dead was now raised.

The disciples had missed so many signs.

They had failed to understand Jesus’s explicit predictions.
They didn’t understand what he was preparing them for.

Which makes me wonder, do I?

This Easter season, I find myself contemplating what the resurrection of Jesus Christ means for me and how I choose to live.

In the resurrection, God overcomes the destructive forces of sin—my individual sin and our collective sin, the wrong we do and the good we fail to do. God overcomes all of the destruction, suffering, and death we inflict on ourselves and each other. In fact, God promises to replace all of that with life.

No wonder the women were perplexed and the men thought they were spinning an idle tale. It seems too good to be true.

But the empty tomb tells me it is true. God’s plan is salvation and God, having defeated death, will bring that plan to life.

What do you think? Does it seem like an idle tale to you? If not, how does your life reflect the truth of the resurrection? Tell me about it in the comments, in an email, or on Facebook.