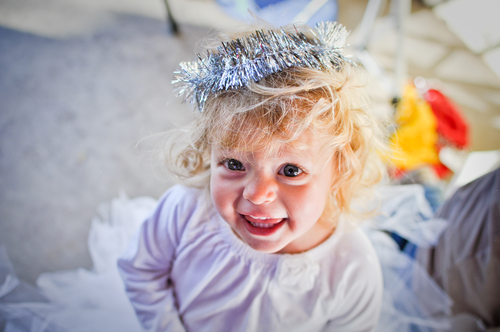 And she gave birth to her firstborn son and wrapped him in bands of cloth, and laid him in a manger, because there was no place for them in the inn.” (Luke 2:7)

For church folks this line is so familiar most can probably recite it from memory, even if they aren’t much on memorizing Bible verses. It is an integral part of every Christmas pageant, no matter how humble. In terms of world-changing events, it is a drop the mic moment—the birth of Christ.

And yet, we tend to forget how unexpected it is.

For the birth of Jesus, we might expect God to use a king and a queen, important people from an important place. But no, we start with an unmarried couple from nowhere—Mary and Joseph from Galilee in Nazareth. It’s hard to draw conclusions from what is not said, but I think it’s interesting that the Bible doesn’t describe Mary or Joseph as especially pious or righteous.

We do know from what is said that God doesn’t work with the most well-respected couple in Judaism, or even someone important in the Roman Empire. God didn’t find someone who was imminently believable and memorable to the people of the day. Instead, God found someone who was willing.

Mary and Joseph travel across an important ancient boundary. Carrying themselves from North to South, they cross from what would have been the ancient kingdom of Israel into the ancient kingdom of Judah. They go past Jerusalem, the political and religious center of the Jewish world. We might expect the Jewish Messiah to be born near the Jewish Temple, but instead, he is born in Bethlehem (Matthew 2:1; Luke 2:4). God chose the city of David, rather than the city David chose.

When Mary and Joseph get to Bethlehem, the city is so crowded they can’t find anywhere to stay. They end up in a stable. While there, Mary gives birth to a son. Jesus is born in the regular human way.

In other words, God experiences birth in a whole new way—as the one being born. Could anything be more unexpected? God is uncreated, the source of everything, and yet he found a way to be born. He became fully human and yet retained his divinity.

Then, the birth of the Savior isn’t announced to those who serve in the king’s court or to any of the Temple priests. The angel doesn’t go to the Roman Emperor or the Jewish king. Instead, the birth of Jesus is announced to shepherds, ordinary working people.

In other words, God allows himself to be born to an ordinary couple in the ordinary way and has his birth announced to ordinary people.

One angel comes and makes the announcement to the shepherds, but the other angels are SO HAPPY they have to bust in with a song. (“And suddenly there was with the angel a multitude of heavenly host, praising God and saying, ‘Glory to God in the highest heaven, and on earth peace among those whom he favors!’” Luke 2:13-14)

The angels leave, the shepherds take a deep breath, and then, I have a feeling they sat in silence for a minute or two. After their stunned silence, perhaps they slowly looked at each other, waiting to see who would speak first. Each of them wondering, “did anybody else see what I just saw?” Eventually, maybe someone cleared his throat and said, “so, does anybody want to go down to Bethlehem?”

When the shepherds get to Bethlehem they don’t find the Messiah wrapped in fancy clothes, resting in the plushest crib in the nicest house. Instead, they find him wrapped in bands of cloth and laid in an animal’s feeding trough in a stable.

It’s easy to lose sight of how unexpected every detail of this story is. Each unexpected element requires us to acknowledge that God is unpredictable, and that can be uncomfortable.

Tell me about it in the comments, in an e-mail, or on Facebook.