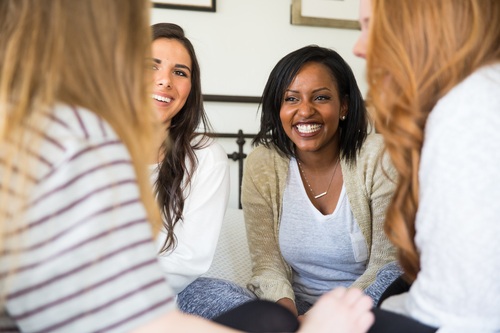 Unicorns and Girdles in the Bible

Did you know that Bible translators may have invented the unicorn? Learning tidbits like this has made the Bible, and Bible study, more manageable and meaningful to me; I hope it does the same for you.

The King James Version uses the word unicorn nine times, all in the Old Testament.

There is an additional reference in Daniel 8:5 to a flying goat with “a notable horn between his eyes,” but the word unicorn isn’t specifically used there.

How did the King James Version come to include unicorns?

It’s all about Bible history – not the history contained in the Bible, but the history of the Bible itself and the on-going development of language.

The Old Testament was originally composed in Hebrew. About three hundred years before Jesus, the king of Egypt (Ptolemy II Philadelphus) tasked 72 elders with the responsibility of translating the sacred Hebrew texts into Greek. That Greek translation is called the Septuagint.

Voilá! The word unicorn was born.

Our modern translations aren’t based on the Septuagint and, therefore, aren’t tied to the use of monoceros. Instead, they translate re’em as a wild ox.

Another fun example of how changing language is reflected in different translations of the Bible comes from Genesis 3:7.

As soon as Adam and Eve ate from the tree of knowledge of good and evil, they realized they were naked. They sewed fig leaves together and created what is variously described as “something to cover themselves” (NCV, CEV), “breeches” (GNV), “girdles” (JUB, YLT), “loincloths” (ESV), “coverings” (NIV, LEB), “loin-coverings” (TLV), “aprons” (DRA, ASV), and “things to gird about” (KJ21).

I don’t know about you, but I’ve never pictured Adam and Even wearing breeches, girdles, or aprons. An apron that says “Kiss The Cook” is cute, but one sewn together from fig leaves would be EPIC.

What do you think? Does knowing how changing language has influenced the Bible make it more manageable and meaningful to you? Does the language of the Bible get in your way? Tell me about it in the comments, in an e-mail, or on Facebook.