What Is Worry Costing You?
By Beth Demme

I recently spent several days worrying about my family’s health insurance plan. This isn’t a political statement; I wasn’t struggling with whether the Affordable Care Act should stay or go. We went to get a prescription filled and the pharmacy said it wasn’t covered. At first, I assumed it only appeared the prescription was not covered because we were at the beginning of a plan year. Since our deductible started over, the entire cost of the prescription was our responsibility.

That’s what I thought until a few days later when an idea popped into my head, “hmm, I should double check that prescription thing.” When I logged in to the health insurance company’s website from my phone, I got extremely confused. The billing was all wrong, it looked like maybe I had only individual coverage instead of family coverage. Plus, I couldn’t find where the prescription was applied to our deductible.

The worst part? The idea popped into my head while I was on a retreat.

I went from, “everything is probably fine” to “one of my children is going to get a curable disease but will suffer because I won’t be able to afford the medication” in a fraction of a nanosecond (fast!).

In other words, I fed my worry by spending time on it. The more I fed it, the more it grew.

I don’t know if you can relate. Maybe you never worry about things. Maybe you, like Scarlet O’Hara, prefer to say, “I’ll think about it tomorrow.” 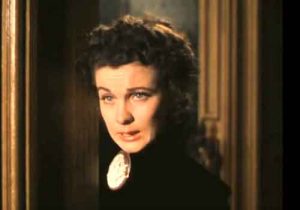 That’s one extreme. I tend to fall on the other end of the spectrum. If a problem pops into my mind, I hold on to it until I have a solution (or at least a plan for finding a solution).

Perhaps that’s why Jesus tells us not to do it.

Both Matthew and Luke record Jesus saying, “And can any of you by worrying add a single hour to your span of life?” (Matthew 6:27, Luke 12:25)

In other words, since it doesn’t do me any good to worry, why sacrifice the mental and emotional energy it requires?

Worrying doesn’t add anything to my life, it only takes something away.

The word for “worry” used by Matthew and Luke, merimnaō, also appears in Philippians 4:6. There Paul expounds on the words of Jesus, adding a bit of advice: “Do not worry about anything, but in everything by prayer and supplication with thanksgiving let your requests be made known to God.”

Instead of interrupting my retreat with worries about health insurance, I should have prayed. I should have focused on the peace that passes understanding instead of getting derailed (even momentarily) by a worry.

I literally worried for nothing.

Well, not nothing. After all, it did cost me something. It cost me a few moments of focused retreat time. It cost me an opportunity to rest in God’s reassuring presence. Worry always costs something.

What about you? Are you a worrier? Do you have any suggestions on how to implement Paul’s advice? Tell me about it in the comments, via e-mail, or on Facebook.