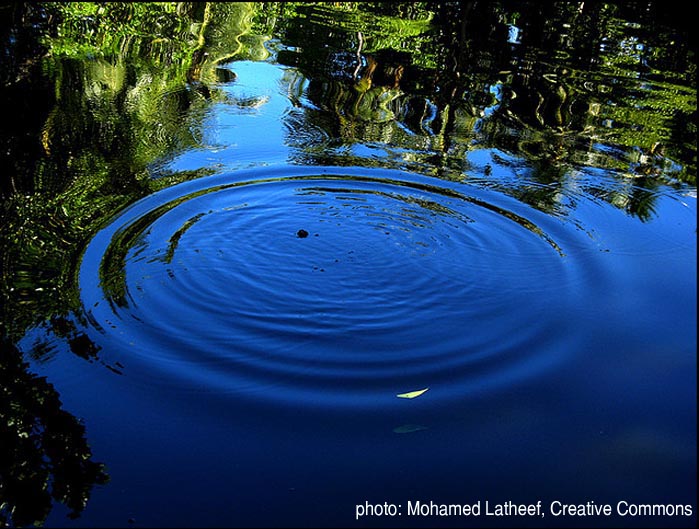 Do you ever look in the mirror and feel a little baffled by what you see? Putting physicality aside, do you ever look at your reflection and think, “Woah crazy! Where’d you come from?”

But, I have this friend …

She said it happened to her once.

The truth is, we all get a little down on ourselves sometimes, don’t we? There are times when things at home or at work don’t go according to plan and we internalize the failure. Sometimes we think we are failures because our decisions or plans failed. Other times, we may feel “less than” because we are comparing ourselves with someone else. Someone who is better at: _____________ (relationships, parenting, meal planning, fashion, managing finances, making money, volunteering, reciting scripture, memorizing sports trivia, etc.). Whatever the reason, there are days we look in the mirror and see failure.

It says in Genesis that we are created in God’s image, or as Eugene Peterson paraphrases it in The Message, we reflect God’s nature. (Genesis 1:27)

I love the imagery of that description. I want to reflect God, really I do. But when I look in the mirror and see a failure (or a crazy person) I don’t see God in that reflection.

I think it’s like the story of The Ugly Duckling. Do you remember that story?

The Ugly Duckling thinks he’s a duck because he hatched in a duck nest. He doesn’t look or sound like a duck (he’s white or grey, not yellow, and he honks instead of quacking). He’s totally rejected by the mother duck and the other ducklings. In some versions of the story, the mother duck even yells horrible insults at him.

The duckling wanders over to the pond. He looks down at his reflection, and the tears streaming down his face make the water ripple. His tears distort the image.The Ugly Duckling thinks he’s unlovable because he believes the distorted image.

What do you see when you look into the pond?

What’s causing ripples in your reflection? Maybe other ducks insulted or rejected you years ago, but those hurts are still distorting your view of yourself. Sometimes we take insults to heart and carry them there for a long, long time. The Ugly Duckling sure did.

Maybe you’re trying to conform and fit in where you were never designed to be. Maybe you were designed to honk, but you’re wasting energy trying to quack because that’s what everyone else is doing.

There is joy in finding who you are created to be.

In Psalm 139, a person singing to God says “you created me in my inmost being; you knit me together in my mother’s womb. I praise you because I am fearfully and wonderfully made.” (Psalm 139:13-14, NIV)

It’s as if the psalmist has just seen the mother swan and realized he’s not a duck after all.

What can you do to prevent the ripples in the pond from distorting how you see yourself? Start by embracing the truth that you are fearfully and wonderfully made.

You reflect the image of God. You are a beautiful swan, not an Ugly Duckling.

Send me a Tweet, find me on Facebook, or send me a message telling me about who you are created to be. Tell me how you are letting go of the distorted, unlovable image.