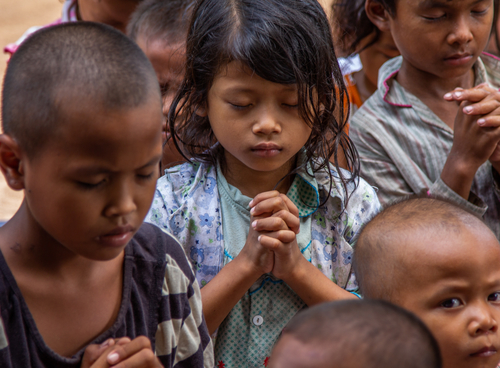 And yet, throughout the Bible people express their disappointment in God.

For example, on the very first Easter when the disciples found that Jesus was not in the tomb, they expressed—not joy—but disappointment.

As we move through the Easter season, the world is still in the grips of the #Covid19 pandemic. If you feel disappointed in God, you might take comfort in how the disciples handled things that first Easter.

After the women disciples found the tomb empty, two disciples (Cleopas and an unnamed person) left Jerusalem for a village called Emmaus (Luke 24). As they traveled, a stranger began to walk with them. Eventually, they realized the stranger was Jesus, but we have a beautiful lesson in the dialogue before they knew it was Jesus. After they explain that Jesus was a prophet who was condemned to death and crucified, they say:

BUT WE HAD HOPED HE WAS THE ONE TO REDEEM ISRAEL.

They had hoped Jesus was The One who would save them.

A week earlier, their confidence was riding high. A week earlier, people were waving palm branches or laying down their cloaks like a red carpet and calling Jesus “the king who comes in the name of the Lord!” (Luke 19:29-38).

But now? Now the disciples say, “we had hoped he was The One.” Their hope has died, executed with Jesus on the Cross.

As I pray for relief from all the troubles of the world, whether it’s COVID-19 or another sickness, the quarantine, the economy, or whatever other trouble is weighing on me today, it comforts me to know that God wasn’t limited by the prayers or expectations of the disciples.

In fact, God takes the disciples from the disappointment of unmet expectations to the elation of exceeded expectations.

Cleopas and his friend shared a meal with Jesus. And when Jesus “took bread, blessed and broke it, and gave it to them” their eyes were opened and they recognized him” (Luke 24:30-31).

They finally saw that their hope had NOT died with Jesus on the Cross. Their hope had not disappeared when Jesus’s tomb was empty.

Instead, their hope was more alive than ever. Their prayers were answered in a way that was beyond their wildest dreams.

On the road to Emmaus, two disciples learned they didn’t expect too much from God, they expected too little.

Jesus delivered redemption and conquered death. They expected some people to be redeemed, but we are told that the death and resurrection of Jesus redeems all of us (Romans 3:22-26).

They say “we HAD hoped” but then they realize God wasn’t limited to their plans or their prayers. God had something better in the works.

I take comfort and find encouragement in this.

It makes me see that God is not limited by my plans or my prayers, either. God’s plans for redemption are still unfolding, even in the midst of this pandemic. May God give me strength to remain faithful and hopeful.

What about you? Have you ever been disappointed in/by God? How did you handle it? Are you encouraged to know the disciples were disappointed? Tell me about it in the comments, in an email, or on Facebook.