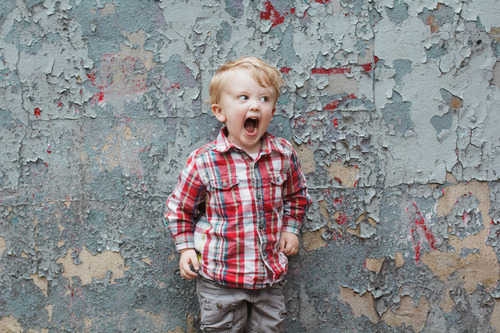 I tried. Honestly, I tried.

I joined a Facebook group based on a version of Christian theology I knew I didn’t entirely agree with.

I hoped to learn something by observing the conversation. Disagreement doesn’t scare me; I’m comfortable admitting there is a lot I don’t know.

Plus, I try not to insulate myself with only like-minded people. I want my thinking broadened and sharpened by people who think differently than me, especially about God.

I want to think about what I don’t believe, because it matters as much as what I do believe. Besides, there have been times I didn’t know what I did believe until I figured out what I didn’t believe.

So, I signed up for a Facebook group based on a version of Christian theology I didn’t entirely agree with.

Everything went well for a few weeks. There were some funny conversations about meaningless topics like salt water taffy and internet memes on theology. And then it happened.

Someone posted a question about the theological “problem” of women who preach and teach. To me, this is like women’s suffrage – it’s a decided issue, women can do it.

Nonetheless, there are good people at good churches who feel strongly that women cannot preach. I could write a hundred blog posts unpacking this belief, but let’s just say… I disagree.

Unfortunately, we Christians can’t even agree to disagree. Response after response carried the singe of hatred on it. It wasn’t enough to disagree. Person after person felt it necessary to say that disagreement equaled heresy and … wait for it …

It was school-yard name-calling taken to a whole new level, a Christian level. It was name-calling done to demean another person’s relationship with God.

I think Matthew Skinner, a theology professor at Luther Seminary, has it right: “Disagreements prompt us to discern together where God might initiate new directions for our efforts. They create opportunities for us to turn to God and collectively reexamine our perceptions.” (See his discussion of Acts 21 here, or listen to the discussion on this podcast.)

But in today’s Christian conversations, we don’t seem to discern together or turn to God when there is disagreement. We just call each other names.

Within my own denomination I’ve seen conversation-ending declarations pop up in times of disagreement. Last year, a prominent Methodist leader confident in the correctness of his own theology wrote: “take heart, in a generation this group [of people who disagree with me] will be long gone and orthodoxy will still be preaching the gospel.”

Of course, we don’t agree about what is orthodox. I doubt anyone in the Roman Catholic Church or Russian Orthodox Church really believes this Methodist minister is in any manner “orthodox.”

Despite that, he felt comfortable dismissing an entire group of people because they disagree with him. The people he so easily dismissed have a heart-felt, well-researched theological position they believe they have correctly discerned.

When we engage in Christian-level name-calling, we’re too quick to forget we’re all just trying to figure this out as we go.

In her book Pastrix, Nadia Bolz Weber (a female Pastor in the ELCA), writes: “the thing that sucks is that every time we draw a line between us and others, Jesus is always on the other side of it.”

“YES!” I want to shout from the rooftops. “Let’s stop drawing lines! We’re all in this together!”

That’s what I want to shout right up to the moment I find myself in a Facebook group where people are being told their heretical ideas will cause God to hate them instead of love them.

But if I’m honest, I’m drawing lines, too.

I doubt the faith of those who spew division, exclusion, and hatred.

I’m just not sure about the people who idolize the Bible.

I openly question how deep faith can go once it’s replaced by certainty (while accepting my own certainty that God loves me and you).

Maybe each of these is an opportunity for me to turn to God and reexamine my perceptions.

Once again, I’m thankful there is a big God and it’s not me.

What about you? Is there a limit to the level of disagreement you can stomach? Are you a part of any groups on social media or in real life that actively support an agenda with which you disagree? Do you think disagreement is an opportunity for discernment? Tell me about it in the Comments, on Facebook, Twitter, or via e-mail.