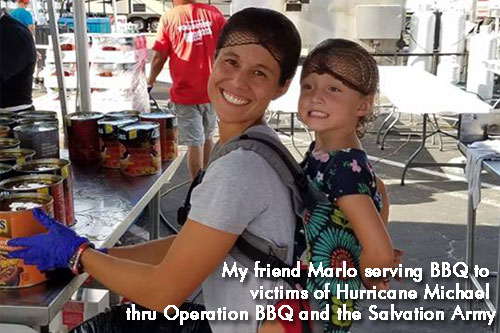 There is a lot about God that I don’t understand. And, yes, that is a huge understatement! But even the little I think I understand about God leaves me feeling amazed.

First, there’s the fact that the Almighty, Loving, Holy, and Righteous Creator chooses to be known.

But then, as if that weren’t enough, we learn from Jesus that God not only wants to be known but that God seeks to serve.

This comes up when two of Jesus’s most prominent disciples, James and John, ask Jesus to give them a special ranking (Mark 10:35-45).

I describe James and John as prominent because they were with Jesus at some crucial moments.

Also, Paul described John as one of the three “acknowledged pillars” of the Jesus movement in Galatians 2:9 (although Paul also mentions a James here, this is probably not John’s brother).

James and John, the Sons of Zebedee, ask for a place of prominence next to Jesus because they see serving God as if it were like serving an earthly king. They tell Jesus, “Grant us to sit, one at your right hand and one at your left, in your glory” (Mark 10:37).

They think there is a hierarchy and they want to make sure they are at the top of it.

Jesus tells James and John, and the other disciples, that the kingdom of God isn’t like any earthly kingdom they know.

Earthly kingdoms are all about power and dominance. The kingdom of God is about something else. It’s about serving others.

Jesus puts the exclamation point on his lesson by saying something astounding. He says, “the Son of Man came not to be served but to serve, and to give his life a ransom for many” (Mark 10:45).

The word “ransom” here is sometimes misunderstood in economic terms. Rather than referencing a payment, it describes the act of liberation. Jesus gave his life to liberate us.

God did not become incarnate to garner power or demand a sacrifice. God became incarnate as a way to serve us, to be a sacrifice so that we would know we are free.

It’s astounding. Not only does God seek to be known, but God does so without seeking to be served.

This puts a new layer of meaning on the words the Psalmist sings: “Bless the Lord, O my soul, O Lord my God, you are very great. How manifold are your works!” (Psalm 104:1, 24).

God became incarnate so that we could be ransomed, liberated.

I am free so that I can live in relationship with The One Who Loves me. I don’t need to try to garner earthly power; it’s worthless compared to the unconditional and endless love offered in the kingdom of God. Instead, if I want to “become great,” I need to be a servant like Jesus. I need to find ways to ransom and liberate other people.

What about you? What do you think about the fact that God chooses to be known and chooses to serve humanity? Tell me about it in the comments, in an email, or on Facebook.