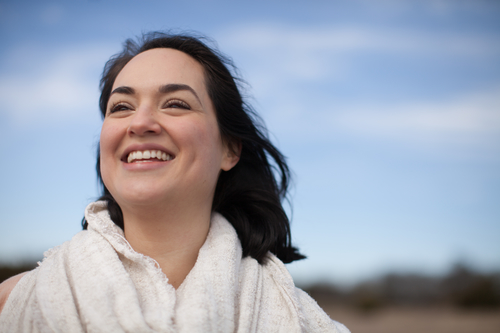 Can you imagine going to your dead friend’s grave and finding it … empty?

The Gospel of John tells us that when Mary Magdalene found the empty tomb, she took off running. I imagine she was out of breath when she got to Peter and said, “They have taken the Lord out of the tomb, and we do not know where they have laid him!” (John 20:2).

As Peter checked out the tomb, Mary stood outside and cried.

Mary poured out her fear and frustration, saying through her tears, “Sir, if you have carried him away, tell me where you have laid him, and I will take him away” (John 20:15).

Then, something astonishing happened.

Jesus called her by name.

Something about being seen and known by Jesus allowed Mary to recognize him.

But at first, Mary didn’t recognize Jesus. Which makes me wonder, do I?

There are places (in me and in this world) that feel like tombs. What if Jesus is waiting there to call my name and bring me to awareness of his presence and healing?

In the resurrection of Jesus Christ, God overcomes the destructive forces of sin—my individual sin and our collective sin; the wrong we do and the good we fail to do.

In the resurrection, God overcomes all of the destruction, suffering, and death we inflict on ourselves and each other. In fact, God promises to replace all of that with life.

It seems too good to be true.

But the empty tomb tells me it is true. God’s plan is wholeness. And God, having defeated death, will bring that plan to life.

In other words, Jesus is waiting in my broken, tomb-like places. Will I recognize him as he calls my name?

What do you think? Does it seem too good to be true? Do you have broken, tomb-like places in your life? Have you had a moment like Mary when you recognized Jesus was calling your name? Tell me about it in the comments, in an email, or on Facebook.