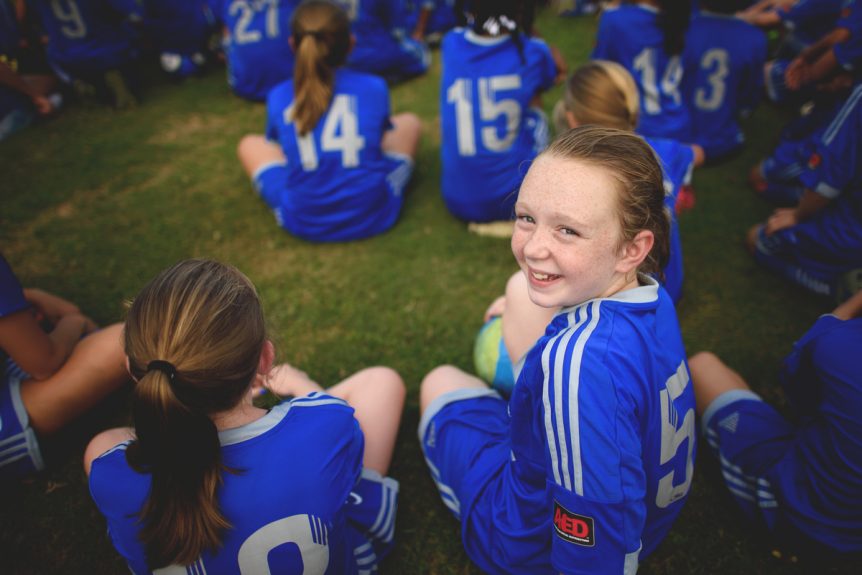 As you’ve probably noticed, it’s World Cup time! The thing about every sport—even a low-scoring sport like soccer—is that it all comes down to keeping score.

Television commentators sometimes say profound things like, “Well, one thing we can say for sure is that whoever has the most points at the end of today’s game, will pull out a victory and go home with the win!”

Gee, thanks, that really helps me understand what’s happening here.

We learn early-on that keeping score is essential to being a winner.

My son and daughter both got involved in youth sports around age 5. At that age, no one “officially” kept track of the score. The kids were just out there to have fun, learn something about teamwork, and get some exercise. And yet, every parent on the sideline (including me!) kept score in their head.

In fact, one year my daughter’s soccer coach had special trophies made to celebrate an “undefeated” season, even though the team played in a league where there was no official record of wins and losses. The unofficial record showed they had soundly defeated every opponent and the coach wanted to celebrate!

Sometimes we make the mistake of thinking God is the ultimate scorekeeper. We forget we’re in a league that doesn’t track wins and losses.

In Psalm 130, the Psalmist, crying out to God, declares: “If you, O Lord, should mark iniquities [keep score] Lord, who could stand?”

The Psalmist is staking a claim on the grace and forgiveness he knows are fundamental to who God is and how God operates. He says, “There IS forgiveness with you, and for that you are revered.”

Because we tend to keep score in life, we think God is doing the same.

We see this with the menstruating woman described in the Gospels (Matthew 9:20-22, Mark 5:25-34, Luke 8:43-48). She “had been suffering from hemorrhages for twelve years. She had endured much under many physicians, and had spent all that she had; and she was no better, but rather grew worse” (Mark 5:25-26).

The woman, having suffered all she can endure, sneaks up behind Jesus as he rushes by on his way to heal a sick child.

She thought she could steal a healing.

Not only that, she thought she had to steal it. She never imagined that Jesus would include her in his ministry. That he would heal even her. It’s as if she thought God was keeping score and she had scored too few brownie points.

When her fingertips grazed Jesus’s robe, she was healed. But, then, Jesus stopped unexpectedly and asked, “Who touched my clothes?”

I think we sometimes read this as if Jesus was angry. “Fee-fie-fo-fum, who has dared to touch me some?”

A God who keeps score might, in fact, ask it that way. Instead, Jesus asks this compassionately. “Wait! Someone needs me. Who touched my cloak? They need my help. I need to find them.”

The woman comes to Jesus and falls at his feet “in fear and trembling.” She tells him she took the healing, and why.

Jesus then says the most incredible thing to her. As she is huddled there at his feet, shaking in fear and crying, he says to her, “Daughter, your faith has made you well; go in peace” (Mark 5:34).

Jesus doesn’t condemn her for sneaking up behind him. It turns out, she took something that he was freely offering and wanted her to have.  Jesus even calls her daughter. She’s not just a random person from the crowd, she’s not a stranger, she’s not an acquaintance, she’s not even just a friend. She is a daughter.

God is the Redeemer, not the Scorekeeper.

God’s redemptive love stands in sharp contrast to the all of the pain we see in the world today. God’s steadfast love is for you, for your friend who is hurting, for your neighbor who is lonely, for your family member who is struggling, for everyone. And we don’t have to steal it or take it, we only have to receive it.

Is there some thing, or someone for whom you would steal a healing, if you could? Tell me about it in the comments, in an e-mail, or on Facebook so I can join you in praying about it.