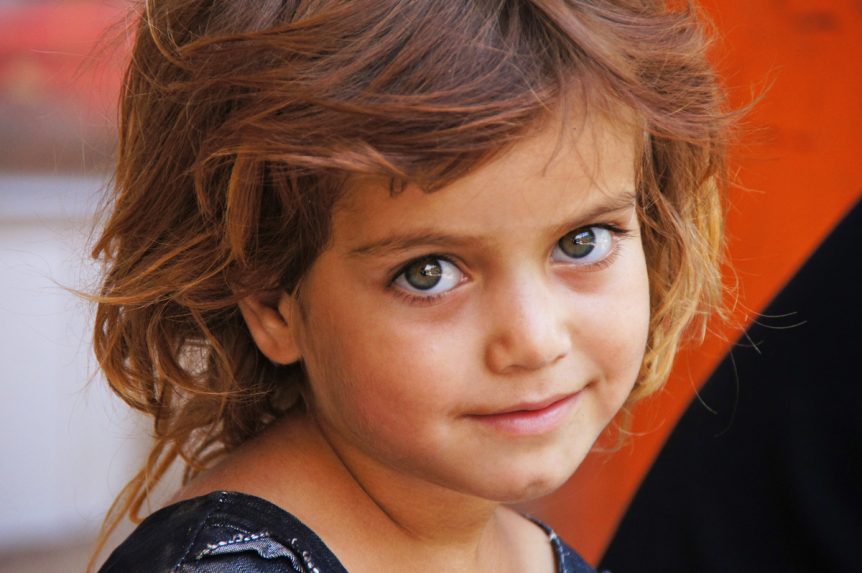 I think the most universally known Bible passage is not John 3:16, but “the Golden Rule.” Even if we can’t point to chapter and verse (Matthew 7:12; Luke 6:31), we all know that we should treat others the way we want to be treated.

In the Gospel of Luke, just before Jesus offers “The Golden Rule,” he says: “give to everyone who begs from you” (Luke 6:30). The passage goes like this:

But I say to you that listen, Love your enemies, do good to those who hate you, 28 bless those who curse you, pray for those who abuse you. 29 If anyone strikes you on the cheek, offer the other also; and from anyone who takes away your coat do not withhold even your shirt. 30 Give to everyone who begs from you; and if anyone takes away your goods, do not ask for them again. 31 Do to others as you would have them do to you.

That’s a high standard, isn’t it? Give to everyone who begs from you?

When I see a person begging, I tend to do the easy thing and give them money. But Jesus never says you have to give cash.

I have friends who are really good about keeping bottled water and granola bars in their cars. Other friends keep bags of brand new socks within easy reach because new, clean socks are the number one item requested in homeless shelters. Me? I take the easy way out—small bills.

But the reality is, lots of us aren’t comfortable giving cash, or a bottle of water, or a granola bar, or a pair of new socks. In that case, maybe there’s something even more valuable that can be given—time.

I learned the power of this when I once accidentally misled a beggar named Bastian.

Stephen, the kids, and I were on a fabulous vacation with our really good friends. Our two families travel together at least once a year, though in good years we manage to get together twice. We’ve been doing this for nearly 15 years.

This particular year we decided to splurge and take a big trip so we went to Barbados. We rented a great house with one of the most spectacular views you can imagine. This is a picture from just outside the living room.

The house was gorgeous and it was on an unbelievable piece of property on the top of a cliff. From the pool, it felt like there was almost nothing between you and the Atlantic Ocean.

My point is, we really splurged on making sure we had a great time.

One afternoon we decided to go on a sailboat excursion where we could snorkel and feed live sea turtles in the wild. I kept saying, “this is a once in a lifetime adventure!” to justify all the little extras.

After we snorkeled and fed the sea turtles, the crew anchored the sailboat a short distance from one of Barbados’ nice sandy beaches. We got off the boat and swam to the beach, snorkeling the whole way. The water was so clear, we could see everything. It was amazing.

As I was relaxing on the beach, a man came by trying to sell me little things he had made from palm tree leaves. He had obviously spent a lot of hours on the beach. His skin was like leather and his hair and his beard were bright white. He was very thin and had almost no teeth left. He was wearing a pair of shorts and a tattered shirt, both faded from the sun. And no shoes.

I remember that. He didn’t have on any shoes.

He asked me to buy one of his little creations and I said I didn’t have any money.

WHICH WAS TRUE. I had absolutely no cash with me.

But I smiled and I was polite. I mean, I’m not an ogre, right? The man moved on, obviously accustomed to rejection.

The man came back over.

It turned out that he thought (he hoped) I had returned to the boat to get some money so that I could share with him.

But the truth was, I didn’t have any cash with me. At all. None with me. None on the boat. The only cash I had was back at the beautiful house on the top of the cliff.

Here was a man who seemed to have nothing and was trying to scrape together a little money. And yet, I had to tell him that I still had no money to share with him.

For pity’s sake, I was in Barbados on vacation! I had splurged on a ton of things that week. I not only had clothes and shoes, had brand new clothes and shoes. And yet, I had to tell this barefoot man that, despite my abundance, I couldn’t share with him.

I don’t really know why I did it, but I invited him to sit down. I explained, again, that I had no cash with me. He said in a beautiful Barbadian accent, “I thot you go to dat boat to get sum.”

No friend, there’s no money there either. Can you take a credit card? Ugh.

I asked him his name—Bastian. Bastian and I chatted for just a minute. Then, we sat there on the beach together, looking out at the beautiful water.

We absorbed the beauty of God’s creation together. He was a man of few words, so instead of filling the air with my own voice, I decided to pray for him silently. My prayer was one of those almost wordless prayers; there was so much to say and no way to say it well.

I told God I was embarrassed by all that I had and how selfish I was being—not just that day or on that vacation, but in general. I asked God to be with my new acquaintance. I asked God to forgive me for not sharing with Bastian. And I sat there, marveling at the beauty of creation.

After a bit, Bastian turned to me and said, “tank you. I needed dat.”

My eyes, now hidden behind sunglasses, filled with tears.  I managed to kind of squeak out a “me, too” before he got up and continued on down the beach.

I don’t know what Bastian felt or what the Holy Spirit said to him or moved in him, but I know what God said to me.

God said that even when you can’t give anything, you can always recognize the humanity in the person who is asking. You can treat them with dignity, like a child of God deserves.

Jesus says, “Give to everyone who begs from you.” Maybe we can start by giving them the respect they deserve just for being human, and move on from there?

This is the heart of the Golden Rule. I’m thankful Bastian taught me that lesson. I hope I never forget it.

What about you? How do you respond when someone begs from you? How does this connect to the Golden Rule for you? Tell me about it in the comments, in an e-mail, or on Facebook.