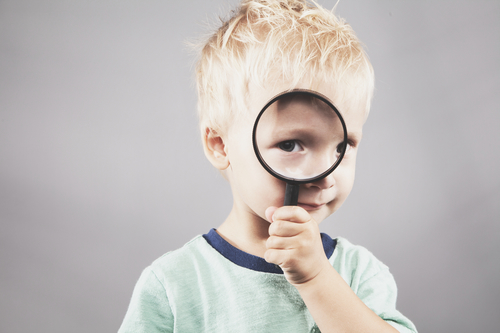 There’s a popular song we hear every Advent called “Mary, Did You Know?” It was first released by a Christian recording artist in 1991. Since then it’s been recorded by a variety of musicians and has appeared on multiple Billboard charts.

We don’t really know what Mary knew 2000+ years ago at the first Advent (at least, I don’t), but I love to consider questions with unknowable answers so here is some food for thought.

For starters, we know some of Mary’s sources.

Gabriel was the first to give Mary information.

When the angel Gabriel came to Mary in Nazareth he said:

[Y]ou will conceive in your womb and bear a son, and you will name him Jesus. He will be great, and will be called the Son of the Most High, and the Lord God will give to him the throne of his ancestor David. He will reign over the house of Jacob forever, and of his kingdom there will be no end. (

For a child has been born for us, a son given to us; authority rests upon his shoulders; and he is named Wonderful Counselor, Mighty God, Everlasting Father, Prince of Peace. His authority shall grow continually, and there shall be endless peace for the throne of David and his kingdom. He will establish and uphold it with justice and with righteousness from this time onward and forevermore.

Mary responded to Gabriel by asking how this would happen in her betrothed, but virginal, state. Gabriel briefed her on the big picture and she famously replied, “Here I am, the servant of the Lord; let it be with me according to your word.” (Luke 1:38)

After Gabriel’s visit, Mary left Nazareth and went to her cousin, Elizabeth, in the hill country. (Luke 1:39) Elizabeth was pregnant with the baby who would become John the Baptist. (Luke 1:63) On seeing Mary, “Elizabeth was filled with the Holy Spirit and exclaimed with a loud cry, ‘Blessed are you among women, and blessed is the fruit of your womb.” (Luke 1:42) She went on to call Mary “the mother of my Lord.” (Luke 1:43)

Had this happened in another time to another Mary, she might have responded, “You’ve got that right, Liz! Make way for the Mother of God. Gabe—what an angel, he is—he said this baby is going to be a great ruler with an everlasting kingdom!”

Instead, Mary’s response was much more humble and thoughtful. She responded with a song known as the Magnificat, saying “My soul magnifies the Lord.” (Magnificat is the Latin translation of the opening word of her song, megalunei (Μεγαλύνει) meaning “magnifying.”)

Mary celebrates being chosen by God, but she also sings of knowing God’s promises.

Mary closes her song saying, God kept “the promise he made to our ancestors, to Abraham and to his descendants forever.” (Luke 1:54-55)

God’s promise to Abraham was to make Abraham “a great nation.”  (Genesis 12:2-3. See also Genesis 22:16-18.) Many generations later, God reiterated this covenant with Abraham’s descendant David saying, in part, “your kingdom shall be made sure forever before me; your throne shall be established forever.” (2 Samuel 7:16) Gabriel referred to this Covenant when he told Mary her son would receive “the throne of his ancestor David.”

Mary’s fiancée contemplated leaving her when she turned up pregnant. An angel appeared to him and said: “Joseph, son of David, do not be afraid to take Mary as your wife, for the child conceived in her is from the Holy Spirit. She will bear a son, and you are to name him Jesus, for he will save his people from their sins.” (Matthew 1:20-21) It’s not impossible to think Joseph shared this information with Mary at some point.

If Mary assimilated the words of Gabriel, the ancient prophecies, Elizabeth’s declaration, and Joseph’s dream, she would have known that her baby would be a man of authority with a throne and an everlasting kingdom who would ultimately save his people from their sins.

But how would Mary have expected her son to “save his people from their sins”? Was Mary like the disciples who came along thirty years later and expected Jesus to be a triumphant political leader? Could Mary have known that Jesus would provide a path for reconciliation by sacrificing himself?

Mary probably didn’t know crucifixion at age 33 was on her son’s agenda, but I think she knew Jesus would accomplish his calling in a way that exceeded politics.

Mary sings praise for the God who acts in unexpected ways.

To Mary, God is a God of social change. She sings, “He has brought down the powerful from their thrones, and lifted up the lowly; he has filled the hungry with good things, and sent the rich away empty.” (Luke 1:51-53)

Mary was told her son would receive “the throne of his ancestor David,” but she sings about God bringing down “the powerful from their thrones” (Luke 1:52).

What did Mary know? We can be sure she knew God. I think she even had a glimmer of understanding that her son’s kingship would be entirely different from anything humanity had experienced.

What do you think Mary knew? How do you think she assimilated the words of Gabriel, the ancient prophecies, Elizabeth’s declaration, and Joseph’s dream with her own knowledge of God? Tell me about it in the comments, in an e-mail, or on Facebook.