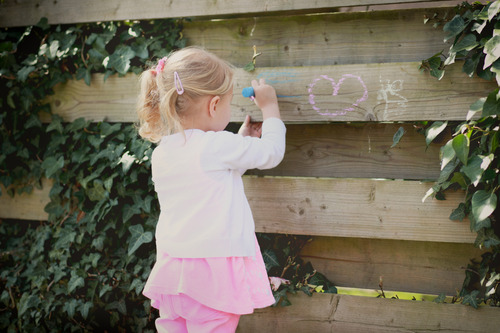 I love Easter! I bounce into Spring, happy the dreary days of Lent are over. I look forward to Easter Sunday, with full pews, pretty dresses, and our family’s annual Easter party.

I like Easter because I like happy endings. I love that the Easter story ends with Jesus triumphantly defeating death.

But this year I find myself fixated on a different part of the Easter story.

I keep thinking about what it was like for the disciples after the crucifixion and before the resurrected Jesus revealed himself.

The disciples expected Palm Sunday to usher in a new era, an era where Jesus proclaimed himself the Messiah with a triumphant victory. They expected Jesus to defeat and expel the Roman forces.

After the crucifixion, the disciples had to deal with the reality that God didn’t do what they expected. They may even have felt like they expected too much.

I can relate to that. Why doesn’t God end war, hunger, child abuse, and all the other bad things that happen in the world? In fact, why hasn’t God answered every single one of my prayers with, “Yes! My pleasure!”? Am I expecting too much?

On the same day the women found the tomb empty, two disciples were talking “about everything that had happened” when a man came up and started asking them to explain the events. Not realizing the man was resurrected Jesus, they said: “Jesus of Nazareth was a prophet, powerful in word and deed before God and all the people. The chief priests and our rulers handed him over to be sentenced to death, and they crucified him; but we had hoped he was the one who was going to redeem Israel.” (Luke 24:19-21)

They had hoped God would deliver redemption as they expected, but that hope died with Jesus.

As we celebrate Easter again, I’m inspired by the disappointment of the disciples following the crucifixion.

It’s encouraging to think about those closest to Jesus wondering what had happened to their plans. It’s encouraging because I know how prone I am to make plans and assume God is on board.

It makes the happy ending part of the story even happier for me. God took the disciples from the disappointment of unmet expectations to the elation of exceeded expectations. They didn’t expect too much from God, they expected too little. Jesus delivered redemption and conquered death. (Plus, they expected some people to be redeemed, but we are told that the death and resurrection of Jesus redeemed all of us (Romans 3:22-26).)

Knowing the disciples had those few days of disappointment, reminds me there is a difference between living with expectations and living expectantly.

When I live with my own expectations, I set myself up for disappointment. When I live expectantly, I’m open to the blessings to come, like the joy of an empty tomb on Easter morning.

Do you expect God to show up in specific ways or do you live expectantly, ready to receive whatever blessings God has in store for you today? Tell me about it in the Comments section, by e-mail, or on Facebook or Twitter.