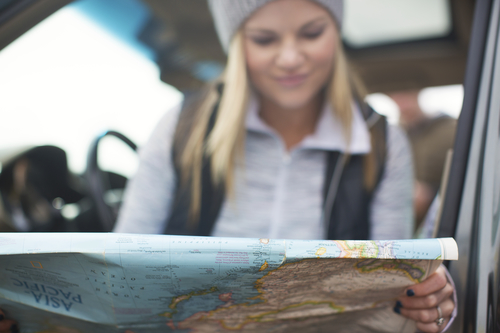 Don't forget to enter in your text.

I don’t think Finding Dory was intended to teach me something about God, but as sometimes happens, it did anyway. I realize this admission reveals how unsophisticated I truly am, but if we’ve known each other for more than a minute this won’t be new information.

Finding Dory reminded me that sometimes I go off on my own and get lost, but God never gives up on me.

Little Dory suffers from “short-term remembry loss.” Her parents are model parents—kind and patient, even as they watch their child struggle with a simple task. They never get frustrated with Dory’s inability to remember, but they do worry she will get lost. They teach her several coping strategies, including how to find her way home by following a trail of shells.

One day little Dory accidentally swims away from her parents and, eventually, forgets them. As time passes, she forgets that she has forgotten. A year after helping Nemo’s father, Marlin, find Nemo and return him to the reef, Dory begins to remember her family. Pieces of memory propel her on a journey across the ocean to find her family, and herself.

After an hour or so of adventures, Dory finds her parents—both her Dad AND her Mom (thanks Disney for not killing off the mom this time!). Dory discovers they have been waiting for her, counting on her to return to them. Dory was gone for years, but her parents never gave up hope that she would remember and return to them. As they waited, they created longer and longer trails of shells pointing back to their house.

In the most poignant moment of the movie, the camera pans out and shows miles of shell trails all leading back to Dory’s parents. The trails radiate out from their house like the points on a star or the rays of the sun. Every trail points back to the center, back to home, back to the place where someone who loves Dory is waiting for her.

My life is a network of trails, all pointing back to the God who loves me.

Creation itself is a trail of shells leading to God. It’s easy to see God in the endless night sky, the vertical peak of a mountain, or the calm, rolling sea. The Psalms tell us “the heavens tell the glory of God” and “proclaim his righteousness.” (Psalm 19:1, 97:6) Paul writes in Romans, “Ever since the creation of the world, God’s eternal power and divine nature, invisible though they are, have been understood and seen through the things he has made.” (Romans 1:20)

Creation is a general trail, made for everyone to use, but we also each have an individual trail.

My trail has shells formed from answered prayers and unanswered ones, too.  Every time I have received forgiveness for a mistake or transgression, and every time I’ve been able to extend forgiveness, a shell was placed on the trail.

My trail is built on moments of grace and awareness. My personal bundle of experiences points me to something bigger than myself. Each reminder that I’m not god is a shell pointing to the one who loves me enough not to leave me in charge. Some shells are formed from the awareness of God’s presence, times when the veil between heaven and earth thinned and I felt God’s embrace.

Just like Dory’s parents, God knows I forget sometimes. I forget about the answered prayers and moments of grace. I forget that I’m loved and embraced. Sometimes I get so far from home, from God, that I forget I have forgotten. 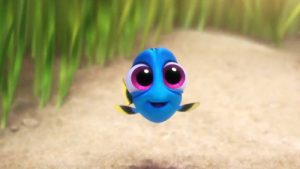 God is there, waiting for me to find a shell. One shell leads to another and another until eventually, I find my way back to God. I don’t even have to follow the trail all the way back to the center. Beginning to seek again is enough because God will come and meet me along the way. In the parable about the prodigal son, Jesus says “while the son was still a long way off, his father saw him and was filled with compassion for him; the father ran to his son, threw his arms around him and kissed him.” (Luke 15:20)

The Prodigal Son was ashamed and said, “I am no longer worthy to be called your son.” He says, I forgot who I am and I acted like a fool. The father responds by throwing a party for the forgetful fool.

Dory’s parents never stopped creating trails because they never gave up on Dory. God never gives up on me, either. Sometimes I forget who I am and I act like a fool, but each time I get back on the trail, God throws a party.

As God and I celebrate, the camera pans out and I can see miles and miles of trails where God’s clues invite me to find my way home. The veil thins and another shell is laid on the trail.

What about you? Do you see the network of trails God has placed in your life? What are the shells on your trail made from? Tell me about it in the comments, in an e-mail, or on Facebook.